From the Underworld to Doomsday?

ABC’s Once Upon a Time has cast former Smallville villain Sam Witwer in a recurring role, alongside Popular alum Hank Harris.

Per our sister site Deadline, Witwer 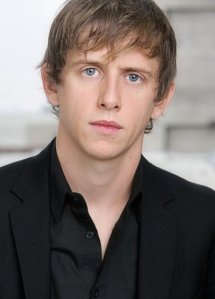 (above) will play Jacob, the evil and overbearing warden of a mental institution, while Harris (right) will recur as Nathaniel, one of the patients he enjoys tormenting.

The character breakdowns and names match up with the two “brothers” that TVLine’s Ask Ausiello told you about earlier this month, though the official descriptions make no mention of any kinship. Regardless, I hereby withdraw my (fun!) “anthropomorphized Scar and Mufasa” theory and instead now throw my weight behind a fictionalized twist on The Brothers Grimm — especially given the revisiting of the Author storyline.

Both characters are expected to appear at season’s end, and likely will spill over into the recently ordered Season 6.

Witwer’s previous TV credits also include, of course, Being Human, plus Dexter and Battlestar Galactica, while Harris’ most recent appearances have been on The Man in the High Castle, Salem and Grimm.