With only one episode left until the season finale — and the election — the Pretty Little Liars are feeling the heat of their stalker’s deadline. (Like, even more than last week when Aria literally caught on fire.)

TVLine has an exclusive first-look photo from Tuesday’s episode (Freeform, 8/7c), in which the girls gather — as they so often do — to form a plan of attack, and based on the girls’ expressions, it looks like Hanna’s dropping a particularly intriguing piece of intel. 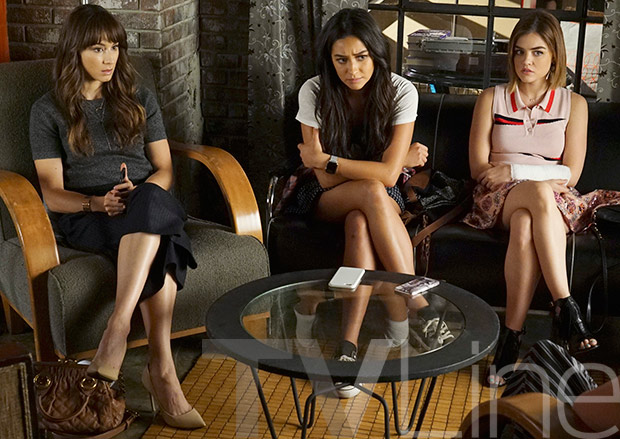 Showrunner Marlene King recently tweeted a major spoiler about another upcoming storyline: Someone in Rosewood has a twin! According to King, we’ve seen this twin once before, and we’ll see him/her again before Season 6 comes to a close.

“The beginning of the biggest reveal of all starts in the 6B finale,” King tweeted on Friday. “The story then explodes after that!”

Any theories about PLL‘s soon-to-be-revealed twin? General hopes for the last two episodes of Season 6? Drop ’em all in a comment below.