It’s not easy being Ward — or, for that matter, whatever the heck the onetime S.H.I.E.L.D. agent has now become.

Next month marks the two-year anniversary of when Agents of S.H.I.E.L.D.‘s Grant Ward chose not to execute mentor John Garrett aka The Clairvoyant and instead gun down a pair of S.H.I.E.L.D. guards and then Victoria Hand herself (putting two in the floor for good measure). The betrayal marked the ABC series’ first pre-Captain America: The Winter Solider bombshell, yet set in motion a pattern that would separate Brett Dalton from his castmates for the forseeable future.

“I’ve been splintered from the cast since I became a double agent,” Dalton notes. “And unfortunately, that has been one of the saddest things for me, because I love these guys so much and I don’t get to work with them as often as I like.”

Has Dalton ever felt hurt by the storyline-dictated segregation? “No,” he says. “I’ve gotten bumps and bruises from some of the fight scenes, but emotionally I’m still relatively intact — as much as one could hope for!”

After doing Garrett’s bidding for a short while, Ward ultimately went off on his own, to rebuild Hydra from the ground up. That arc only estranged the character from his former colleagues further — first, when a series of events landed May’s ex-husband Andrew in the crosshairs, and worse when Ward himself took out Coulson’s new girlfriend, ATCU boss Rosalind Price, with a sniper rifle.

And yet, amazingly, the very worst was still to come. 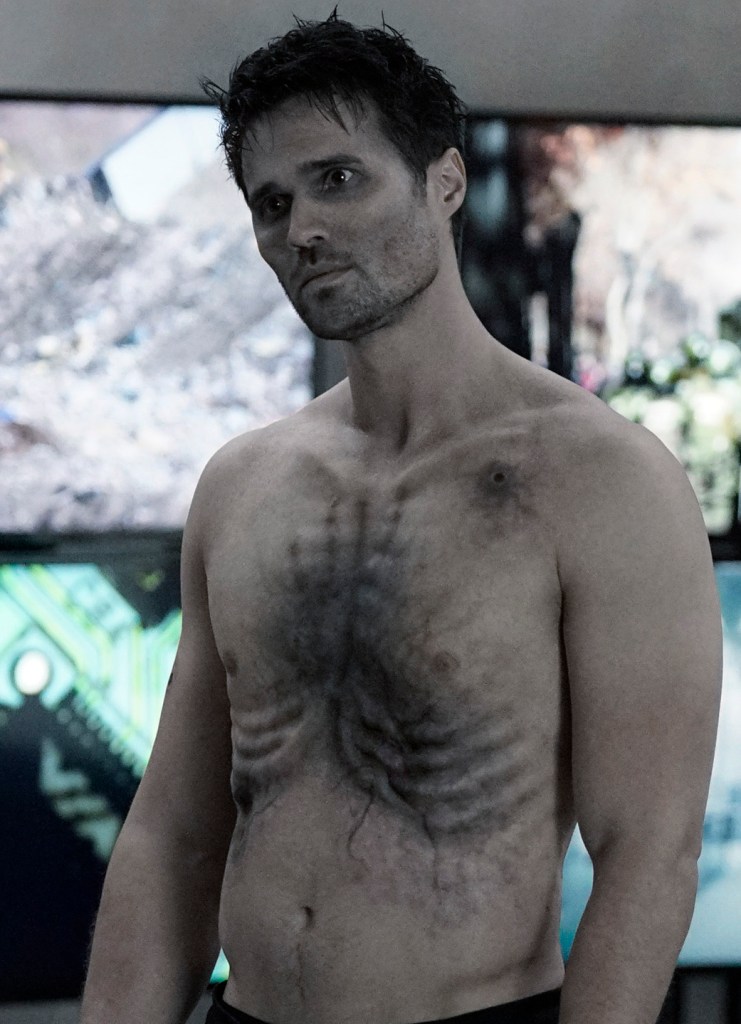 FitzZimmons in the name of gaining access to the planet Maveth portal. Little did Ward imagine, Malick would charge him with leading this (extremely) “away” team. Shortly after arriving on the mysterious planet, Ward would perish in a fatal face-off with tagalong Phil Coulson — only to resurface on Earth “reanimated” by the Inhuman something that Hydra worships and sought to retrieve. He who once was Ward is now the entity known as Hive.

“As we saw when [the creature] inhabited [spaceman] Will, Ward is still going to walk and talk like a human. And he looks the same on the outside,” Dalton shares. “But the character that we fell in love with is no longer.”

That said, Hive is still bound to give Coulson & Co. quite the rude awakening if and when they discover his existence. After all, though Ward “is no longer,” enough of him remains inside this… thing… to give deeper meaning to the Hydra deity’s battle with S.H.I.E.L.D. “Just as we saw that the creature was able to access the thoughts, emotions and memories that Will had,” Dalton says, “he’ll also have access to all that belongs to Ward.”

As seen in the winter premiere (airing Tuesday at 9/8c), Hive harbors quite an appetite here on Earth, one only sated by (worst case) raw meat or (best case) Inhuman offerings. Once it restores its strength, what happens next is anybody’s — even Malick’s — guess.

“What do we do now what we’ve brought this creature back? What are his real intentions? And are they in line with Malick’s? These are the exact questions that Malick has in his head, and these are questions that we are going to answer,” says Dalton. “The audience is getting to know the character just as Malick is, and just as I am in playing him. It’s a whole new chapter for Ward.”