TVLine has learned that Charlie Tahan, whose Ben was the last series regular standing (and not on ice) at the close of Season 1, will reprise his role as federal agent Ethan Burke’s son. 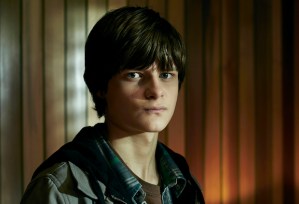 Like Carla Gugino, whose return as Kate was announced on Wednesday, both Tahan and Leo are expected to only appear in a limited capacity, as the summer series kicks off a new arc.

Season 2 of Fox’s adaptation of the Blake Crouch novels picks up where Season 1 left off, when a new arrival in the titular Idaho town finds himself in the middle of a serious rebellion, as the residents, led by the First Generation brats, battle over how to preserve the endangered human race.