The Frasers are about to get their fill of French intrigue and danger, as evidenced by Outlander‘s newly released Season 2 poster. The upcoming episodes — premiering April 9 on Starz — find Claire and Jamie leaving Scotland behind for France, bent on doing their part to subvert the impending Jacobite uprising.

Out (at least temporarily)? Broadswords and burlap. In? Satin and secrets.

Does the poster whet your appetite for Season 2? Have a nice long look and then hit the comments! 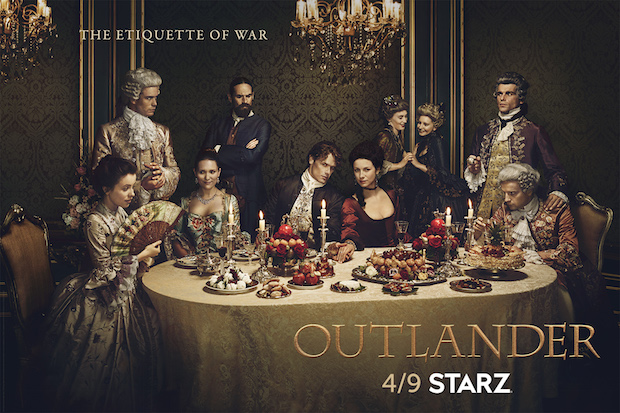