Showtime on Thursday released the official trailer for Penny Dreadful Season 3, which premieres Sunday, May 1 at 10/9c, and it’s as sumptuous and spooky as you’d expect.

Some quickie takeaways from the two-minute clip:

* Obviously, we’re getting an Ethan/Vanessa reunion.
* Sir Malcolm appears to be locked in a life or death struggle with someone(thing?).
* Lily/Brona and Dorian are without question the new power couple.
* Are those zombies breaking through the glass?!

Watch the trailer above, then read the S3 logline below, then check out the poster below that, and then hit the comments with your snappy judgements! 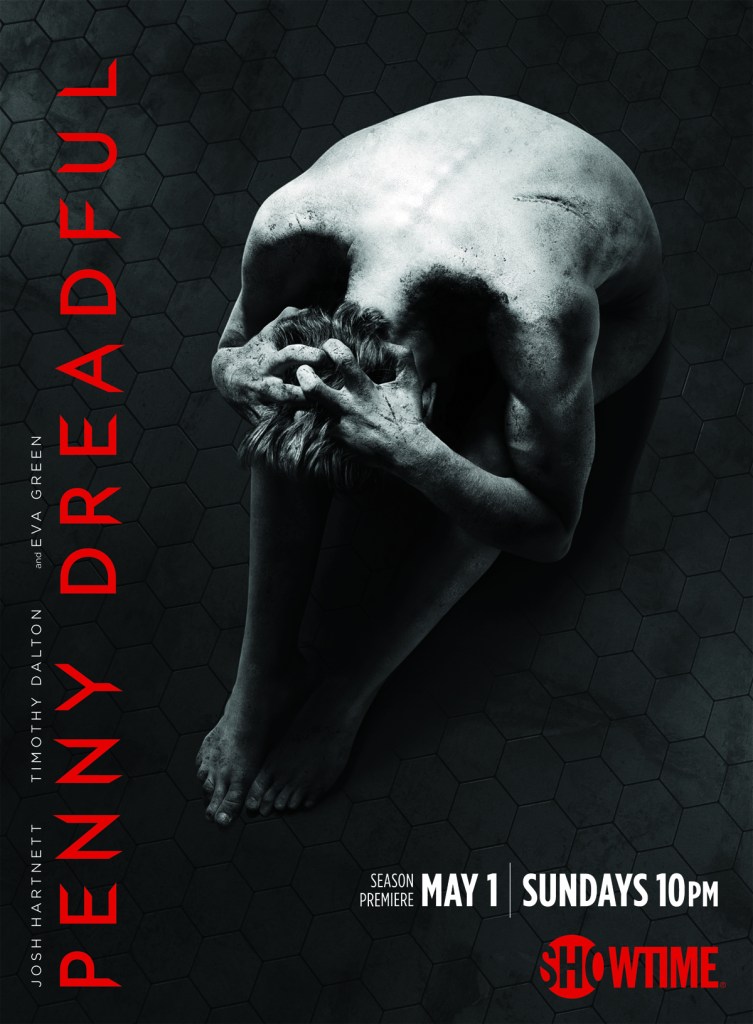