Stars Hollow is ready for its close-up.

With production of Netflix’s Gilmore Girls revival underway in Los Angeles, new images surfaced Friday on Instagram showing most, if not all, of the show’s signature exterior sets.

The shutterbug in question — who presumably is an employee of Warner Bros. with access to the studio’s Burbank lot — snapped pics of Lorelai’s abode, Luke’s diner, Miss Patty’s dance studio, the gazebo and much more. Yep, even Sookie’s house is present and accounted for (although I would caution against reading too much into that).

Series creator Amy Sherman-Palladino and exec producer Daniel Palladino (AKA Team Palladino) are writing and directing all four 90-minute episodes/mini-movies. As TVLine exclusively revealed, each chapter will represent a different season over the course of one calendar year (as such, the episodes will be titled “Winter,” Spring,” Summer” and “Fall”). The revival will be set in the present day, or roughly eight years after the series ended.

Scroll through the gallery below and then report your findings in the comments! 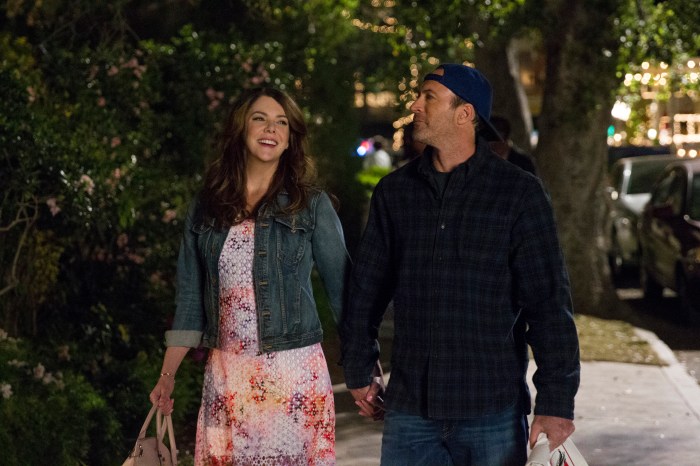