Matty with a baby? Jake in a sombrero? Jenna (almost) kissing a girl? What is happening on Awkward?!

MTV on Wednesday released the first official for the comedy’s post-high school run of episodes, kicking off March 15 at 10/9c, and it looks even more happened during the show’s time jump than we thought.

(And yes, that is Aaron Samuels himself fawning over Tamara.)

Season 5 was initially billed as Awkward‘s last, but showrunners Mike Chessler and Chris Alberghini have since expressed interest in keeping the series going.

“We’re hopeful that 5B is not going to be the end of the show,” Chessler recently told TVLine. “That’s not been determined yet, one way or the other. But 5B would be the end of this chapter of the story, because if we continue the show, I think it would be another era and another part of the journey.”

Hit PLAY on the trailer below, then drop a comment with your hopes and fears for Season 5B. 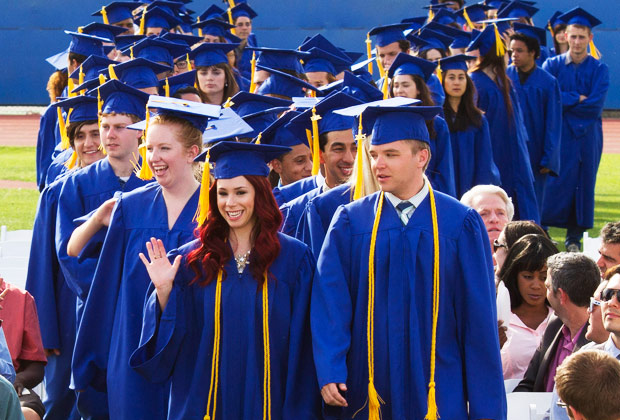