Anyone know how to say “dinna fash” in French?

Because from the look of Outlander‘s newly released Season 2 poster, the Frasers have everything under très cool control in 18th-century France.

Starz released the striking image — as well as the drama’s Saturday, April 9 (9/8c), return date — on Thursday under the slogan “Vive les Frasers,” or “Long live the Frasers.”

The 13-episode sophomore season will correspond to Dragonfly in Amber, the second book in Diana Gabaldon’s popular novel series on which Outlander is based. In the new art, Claire (Caitriona Balfe) and Jamie (Sam Heughan) strike a fashionable pose on the steps of Versailles, ready to do what is needed in France to circumvent the impending Jacobite rebellion.

Press PLAY on the new trailer at the top of the post, take a good, long look at the poster below (click on image to see a larger version), then hit the comments: Do Mr. and Mrs. Fraser clean up nice or what? 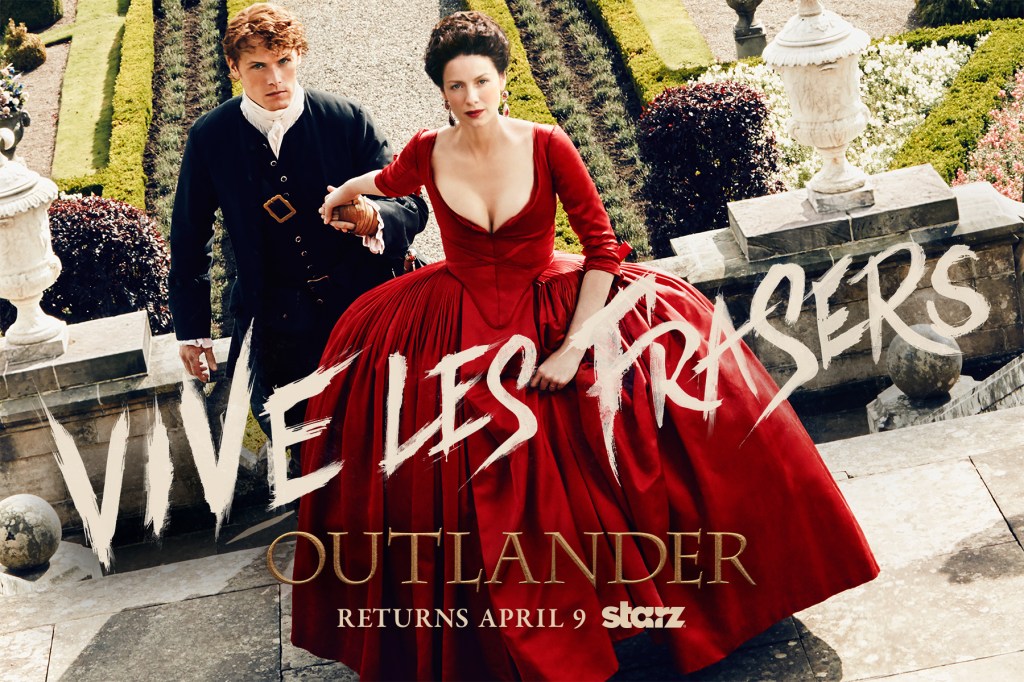