If you miss James Purefoy on your TV screen, prepare to get Hap-py.

The Following alum, along with Michael Kenneth Williams (Boardwalk Empire) and Christina Hendricks (Mad Men) stars in Sundance’s upcoming dark comedy Hap and Leonard — and we’ve got your exclusive first look at the series’ key art.

The poster below taps into the “swamp noir” feel of the show, with guns, cash and a faceless (though not curve-less) femme fatale. “Easy money…,” the tagline reads, “the hard way.”

Based on Joe R. Landsdale’s books, the six-episode Hap and Leonard premieres Wednesday, March 2, at 10/9c.

Peruse the poster below (click on image to see larger version), then hit the comments: Are you planning to hang out with Hap and Leonard? 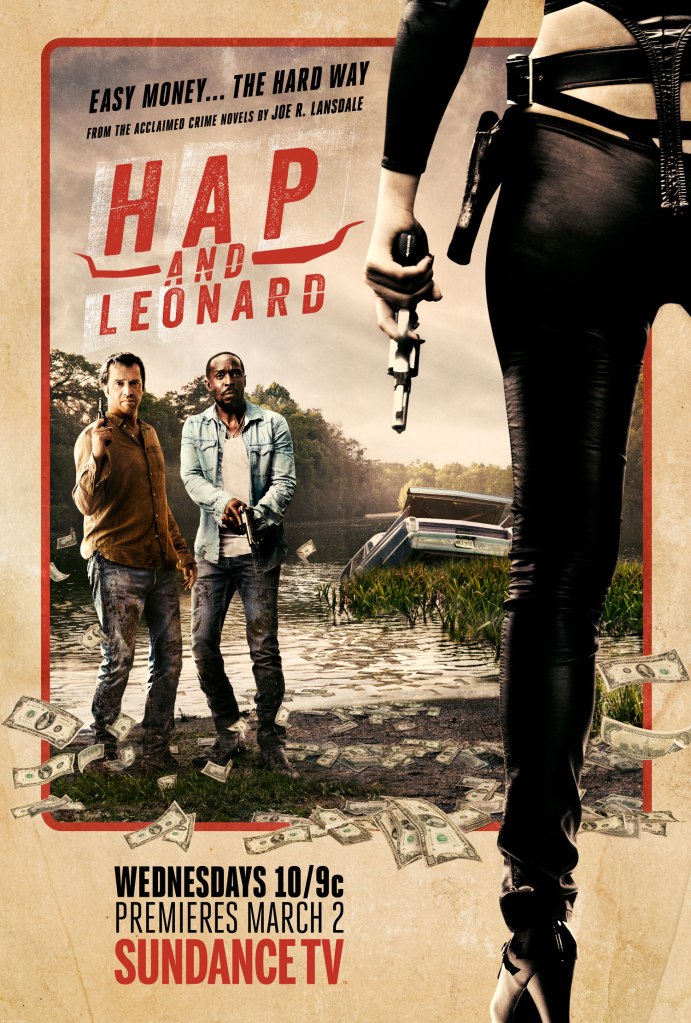