The nefarious Witchiepoo and her Vroom Broom are nowhere in sight (whew!), but this first look at H.R. Pufnstuf’s visit to Nickelodeon’s Mutt & Stuff nonetheless will speak to your younger self.

On Monday, Feb. 15 at 10am ET, Living Island’s dragon mayor — toting Freddy the talking flute and joined by the ever-verbose Cling and Clang on their Rescue Racer — pays a visit to the freshman series’ Calvin and his dog school.

Press play above to get an extended sneak peek at the episode (Pufnstuf and his familiar theme song arrive at the minute mark), and check out a photo below of the assorted characters joined by Mutt & Stuff co-creators Sid and Marty Krofft, who of course first brought Pufnstuf & Co. to life back in the late 1960s. 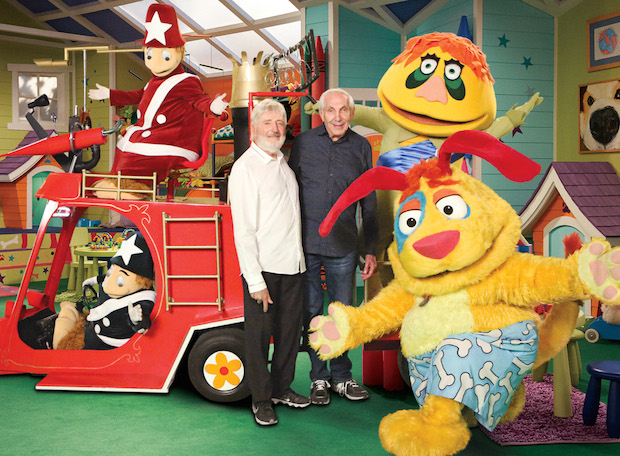