Bates Motel will have you clutching your pearls in Season 4.

A&E has released the official poster for the Psycho thriller’s fourth season (premiering March 7 at 9/8c), and it features Freddie Highmore’s Norman showing off the mother of all accessories: Norma’s pearls!

The “she wouldn’t even harm a fly” tagline, meanwhile, is a nifty nod to the 1960 horror classic.

Last June, A&E renewed Bates Motel for a fourth and fifth season, a move that will allow co-creators Kerry Ehrin and Carlton Cuse to finish out what they have long billed as a five-season tale.

“The vision of our incredible creative team has exposed the steady breakdown of the relationship between Norman and Norma Bates,” A&E General Manager Rob Sharenow said at the time. “We are thrilled to bring fans two more seasons to witness the next stages of Norman’s transformation into the most notorious psychopath in cinematic history.” 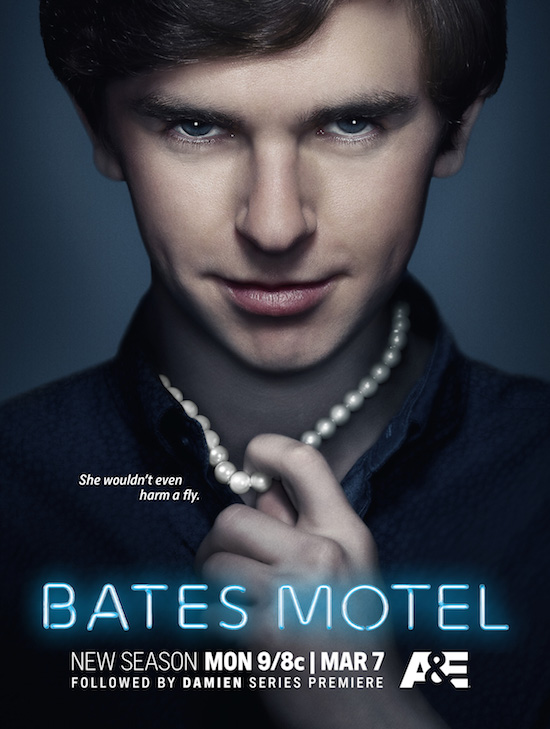