Now that he’s spent time in Room, Jacob Tremblay‘s next gig will be a walk in the park.

The 9-year-old actor has landed a guest starring role on The Last Man on Earth, Fox announced Wednesday.

Tremblay — who recently won a Critics’ Choice Award for his work in the Oscar-nominated Room — will appear in a spring episode as a young Phil/Tandy.

* Scream Queens is adding four new male cast members (in their late 20s to early 30s), all of whom will play doctors at the hospital where Season 2 is set, E! Online reports.

* Adele, Kendrick Lamar, Little Big Town and The Weeknd are set to perform at the 58th Annual Grammy Awards, airing Monday, Feb. 15, at 8/7c on CBS.

* HBO has released a new promo and poster for Girls‘ upcoming fifth season, premiering Sunday, Feb. 21, at 10 pm. Scroll down to see both: 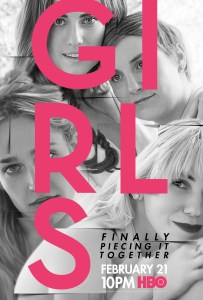