CBS is rounding out the cast of its 13-episode summer series American Gothic, adding The Knick‘s Juliet Rylance and Defiance‘s Stephanie Leonidas as series regulars, TVLine has learned exclusively.

From Good Wife/Jane the Virgin scribe Corinne Brinkerhoff and Steven Spielberg’s Amblin Television, the drama — which bears no connection to the short-lived, Shaun Cassidy-produced American Gothic series that aired on CBS in the mid-’90s — centers on a prominent Boston family that is attempting to redefine itself in the wake of a chilling discovery that links their 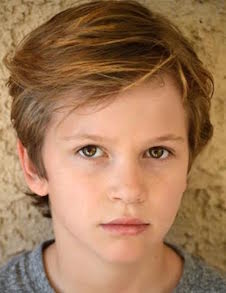 recently deceased patriarch to a string of murders spanning decades, all amid the mounting suspicion that one of them may have been his accomplice.

Rylance will play Alison, a poised, driven Boston councilwoman in the midst of a heated campaign for mayor, while Leonidas is set as the seductive, irresistible, drug-addled Sophie, the estranged wife of Chatwin’s Cam. Lastly, Bateman (pictured, right) will portray Sophie and Cam’s precocious son Jack.

It’s not clear how Rylance’s American Gothic duties would impact her participation in a potential third season of The Knick (it may be a moot point, as her character was seemingly written off in December’s Season 2 finale). Leonidas’ three-season Defiance run, meanwhile, came to an end last fall when Syfy cancelled the series.