Finding out Hanna is engaged to someone other than Caleb was heartbreaking enough for Pretty Little Liars fans, but actually seeing her two men meet for the first time? That’s going to be uncomfortable for everybody.

Jordan — aka Hanna’s fiancé, played by Australian actor David Coussins — is introduced in Tuesday’s episode (Freeform, 8/7c), and TVLine has an exclusive first look at the boys’ awkward encounter: 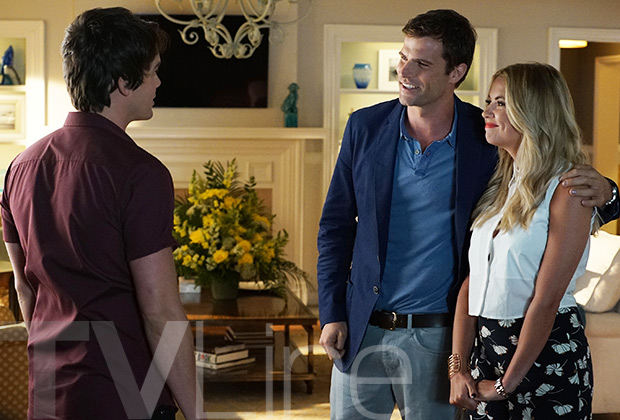 “There’s a lot of awkwardness in 6B, especially in the first half as people are returning to Rosewood and reuniting,” executive producer Marlene King recently told TVLine. “Old habits die hard, so when you put all these characters back together in this small town, there’s going to be conflict. There’s love, but there’s also tension.”

PLL Nation, are you willing to give Hanna’s new man a chance, or do you ride and die for Caleb Rivers? Drop a comment with your thoughts on this dilemma below.