As revealed in TVLine’s Winter Preview special, ABC’s Castle this winter/spring will be butting heads with a Russian as well as paying a visit to the police academy where Beckett trained. And now we have two faces to put to those episodes.

TVLine has confirmed that Spartacus vet Nick E. Tarabay will guest-star in an upcoming episode as Vasily Zhirov, an agent with the Russian Diplomatic Security Service.

“We get a little Red Heat action,” co-showrunner Alex Hawley told TVLine, referring to the 1988 culture-clash comedy that paired Jim Belushi with Arnold Schwarzenegger. “We have a diplomatic security agent from Russia who comes, because there is the death of a Russian national. He’s a big character.” 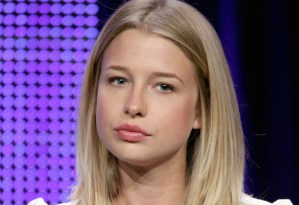 meanwhile will appear in Episode 15, which is directed by Rob Bowman and takes us to “the police academy where Beckett was a star, back before she became a cop,” Hawley says. Woglom plays a cadet with whom Kate forms “a bit of a mentor relationship.”

Since his run on Starz’ two Spartacus series, Tarabay’s recent TV credits include Longmire, Person of Interest and Arrow (as Captain Boomerang). Woglom most recently guested on Chicago Fire/P.D. as Shay’s sister Maggie.