Heads up, Disney Channel viewers: This post contains spoilers from the series finale of Austin & Ally.

The first half of the finale was all about goodbyes, with Austin preparing to head off on a world tour — one that would take him far away from Ally. The couple attempted to squeeze a year’s worth of holidays into the time they had left together, but in typical Austin & Ally fashion, it all devolved into chaos once Dez got involved.

And don’t even pretend like you didn’t get all misty-eyed during Trish’s performance of “You’ve Got a Friend.”

Years later, Austin and Ally weren’t even speaking to each other, following an amicable break-up — you know, scheduling problems — but a surprise reunion on The Helen Show made it all better. Reuniting with Austin even helped Ally regain the confidence to sing on stage, joining him for a romantic duet of “Two in a Million.”

And then there was the second time jump, which revealed a few mind-blowing twists: For starters, Austin and Ally ended up married (with children!), Dez got hitched to Carrie and Trish married… wait for it… Chuck McCoy! (I know, I know.)

As for Austin, Ally, Trish and Dez’s individual conclusions, “I think the fans are going to be happy,” star Laura Marano tells TVLine. “I’m really happy with the way it ended. It couldn’t have ended in a more complete way.”

And Marano knows a thing or two about finales. In fact, there’s one season-ender that still haunts her:

“When we ended our third season, and we didn’t know if we were going to have a fourth season, I was really mad that Austin wasn’t singing anymore,” she admits. “I was like, ‘We cannot end the show this way! No!'”

Fortunately, they did get a fourth season, allowing fans to witness the titular couple’s ultimate — and as Marano says, “complete” — ending.

“I think everyone loves opposites, and it’s been clear since the pilot that Austin and Ally are so different,” she adds. “None of us, including the producers, expected Austin and Ally to get together so soon. I didn’t even think it would happen in the second season, but the script came in, and Ross [Lynch] and I were like, ‘Well, this is happening.'”

Fans, your thoughts on Austin & Ally‘s ending, specifically those final few surprises? Grade the two-parter below, then drop a comment with your full review. 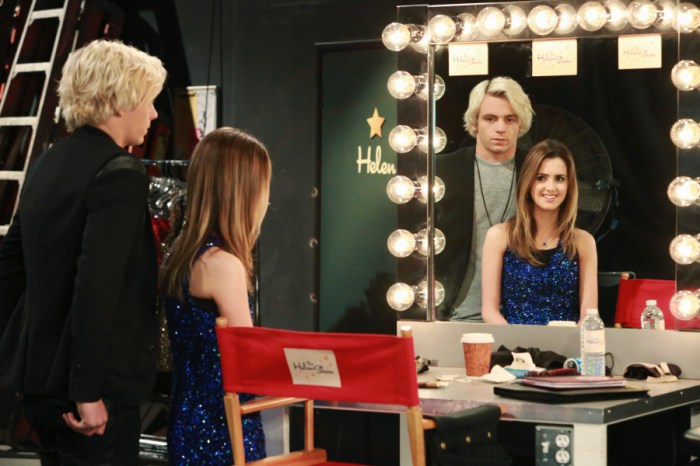