The ladies of The Talk will definitely have something to gab about after their bizarre encounter with a stage crasher during Wednesday’s People’s Choice Awards.

Aisha Tyler, Sara Gilbert, Julie Chen, Sharon Osbourne and Sheryl Underwood took to the stage to accept the award for “Favorite Daytime TV Hosting Team,” when they were unexpectedly ambushed by a rando trying to promote his (or someone else’s) album. Honestly, it was hard to tell what he was saying.

Watch video of the event, courtesy of Loni Love, below:

The uninvited guest was quickly whisked off stage — calling for security certainly helped — though it looked like Underwood was ready to throw down if need be. She even referred to the mic-grabber as pulling a “Steve Harvey,” though perhaps comparing him to Kanye West might have been more accurate.

Either way, it was a weird, unexpected moment that — at the very least — woke up the audience towards the end of the ceremony.

What was your reaction to this live surprise? Drop a comment with your thoughts below. 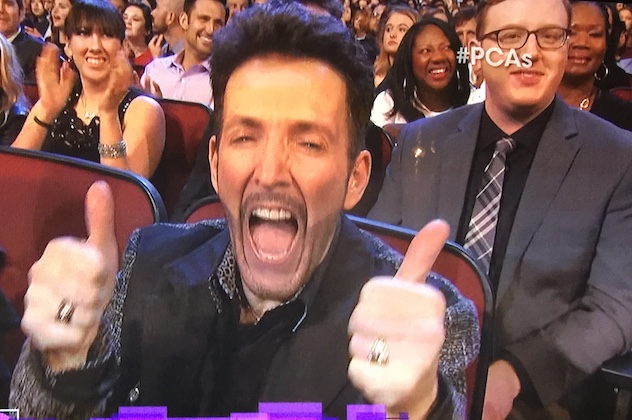