Robbie Amell is returning to The Flash in 2016, but this time around, he’ll be the one raising hell.

Amell will reprise the role of Ronnie Raymond — Caitlin’s husband, and formerly one half of Firestorm, who sacrificed himself to save Central City in the season premiere — but as EW.com reports, he’ll be playing the Earth-Two version of Ronnie, a villain known as Deathstorm.

* The Ellen DeGeneres Show has been renewed for three more seasons, ensuring that it will at least run through 2020.

* Louis C.K. and Albert Brooks are co-creating, co-writing, executive-producing and starring in an animated comedy pilot for FX, our sister site Deadline reports. Further details about the project, including its title and plot, are not yet known.

* Jimmy Kimmel will guest-star on Tuesday’s episode of The Grinder (Fox, 9:30/8:30c), in which Rob Lowe’s character is a guest on Jimmy Kimmel Live!, EW.com reports. 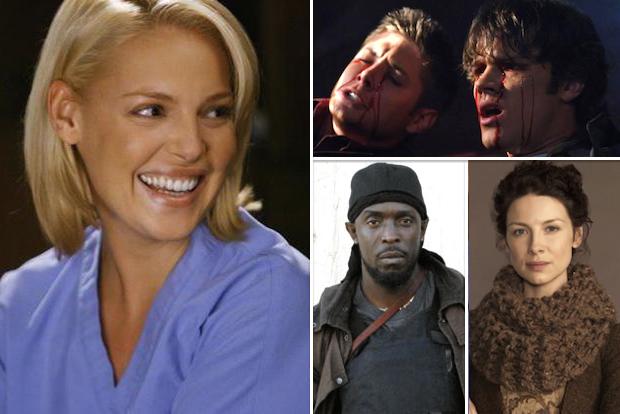