Wayne Rogers, best known to TV audiences for playing Captain “Trapper” John McIntyre on M*A*S*H, died on Thursday after suffering complications from pneumonia, his family told Entertainment Tonight. He was 82.

Rogers’ first major acting role was on the ABC Western Stagecoach West, which debuted in October 1960 and ran for 38 episodes. A little over a decade (and numerous gigs) later, he was cast as Trapper John on CBS’ TV adaptation of M*A*S*H, assuming the role played by Elliott Gould in the 1970 film. 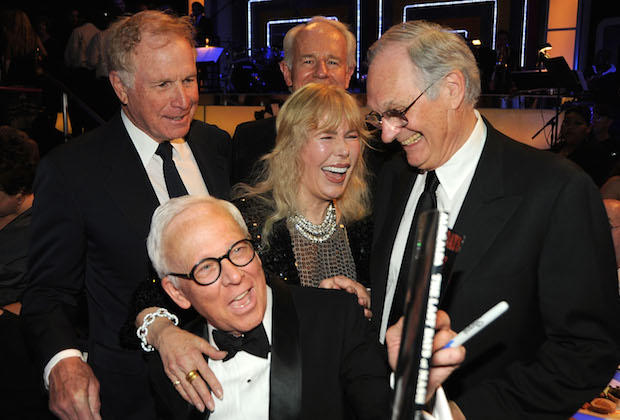 His other TV acting credits include (but are by no means limited to) Murder, She Wrote, The Larry Sanders Show and Diagnosis Murder. He also did some producing, writing (including episodes of House Calls) and, as a successful investment strategist, served as a panelist on Fox News’ Cashin’ In business analysis program.

He was smart, funny, curious and dedicated. We made a pact to give MASH all we had and it bonded us. I loved Wayne. I'll miss him very much.

Rogers is survived by his wife Amy, two children from a previous marriage and four grandchildren.