THE PERFORMANCE | In the opening salvo of Jessica Jones‘ 13-episode run, Ritter promptly put that B from Apt. 23 far behind her, bringing to life a badass with a bad attitude, a (really!) strong woman whose only weakness might be the deplorable Kilgrave.

But in the Netflix series’ sixth episode — its first game changer — Ritter was afforded the opportunity to visit a vivid spectrum of emotions. Yes, you had Jessica the winning wiseass, as the private eye adopted a ditzy voice to tempt a missing person with a free Xbox, or snark that a loan shark fancied himself “Carl Icahn.” And of course there was the stone-cold bruiser who leaned hard on Sissy, the con who roughed up Hope.

Things, though, then got very messy, emotionally so, for the formidable female.

First, Jessica was dealt the dark truth about Hope’s beatdown — that it was in fact asked for, in hopes that it would end the pregnancy she was left with after being raped while under Kilgrave’s control. As Jessica processed this reveal, Ritter showed us her alter ego’s rare sense of resignation, blown back by the latest example of the Big Bad’s unspeakable treachery. That moment was followed by an almost maternal resolve, when the impudent P.I. pulled out all the stops to give Hope the closure her psyche craved.

That shocker would not compare to what was ahead for Jessica. After giving herself back to Luke — pulling him into bed with a deep kiss upon hearing his determination to help with Kilgrave, and then even cuddling afterward — she realized that the case he hired her to crack actually was tied to his wife’s death. Luke would come to believe that the bus driver who mowed down his missus was a liable drunk. But before he could do the contrite man irreversible harm, Jessica stepped forward with the improbable facts, that she dealt a fatal blow to Reva whilst they both were under Kilgrave’s command.

“Charles didn’t kill your wife. I did…. I killed Reva,” she confessed, Ritter’s eyes welling with stormy waves of regret. As Luke marveled at the ghastly notion that he has been touched by the same hands that ended his wife’s life, Ritter made clear Jessica’s internal torment, tears streaking across the reluctant hero’s heretofore fierce face. As the pivotal hour drew to a close, as we saw Jessica seek solace in her “Birch Street, Higgins Drive…” mantra, it became clear more than ever that the character’s greatest power may be the person playing her. 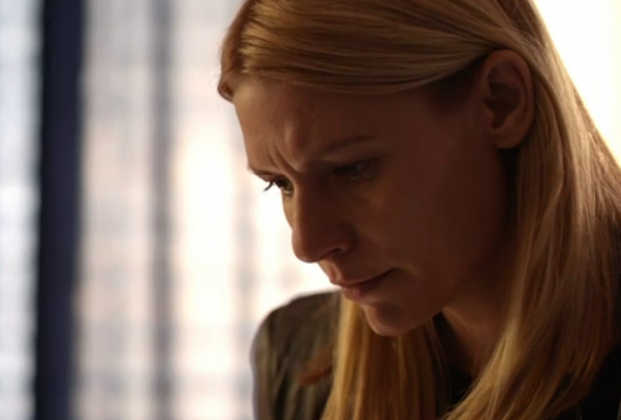 HONORABLE MENTION | Five seasons into Homeland, Claire Danes still manages to reveal new layers of her long-suffering alter ego Carrie Mathison, and that was especially true in Sunday’s somber finale, “A False Glimmer.” The hour found Carrie fighting to hang on to the two men in her life — her “normal” and nurturing boyfriend Jonas, and her dark, twisty, unrequited love Quinn. When the former pulled a bait-and-switch by dumping her immediately following an intense bout of makeup sex, Danes showed us a Carrie at her most desperate and vulnerable. “What was crazy was that I actually opened myself up to you and really let you in,” she cried out. “I’m talking about loving you. About being loved.” And, later, when it became clear that Quinn would never regain consciousness, we saw an emotionally restrained Carrie come to terms with his inevitable passing. In the end, Quinn went in peace and, thanks to Danes’ beautifully dialed performance, so did Carrie. 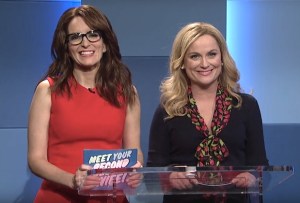 we know that Tina Fey and Amy Poehler pairing for a(lmost any) project will bring comedic joy, their co-hosting of Saturday Night Live‘s final 2015 outing was nonetheless the very best kind of present. Their skewering of May-December romance via the game show “Meet Your Second Wife!” brought a pointed, biting (and knowing?) POV, while their send-up of Taylor Swift’s “Bad Blood” music video hopefully put a fork in the #SquadGoals hashtag forever. The power couple even brought their goofy A-game to Kenan Thompson’s otherwise abysmal Jeffersons movie-director skit. Every reunion of these funny ladies supports the adage that two heads are better than one.