With a glance at the calendar, you know the drill: Because Santa famously procrastinates (just ask his missus about the loose finial he has yet to fix), only now is the big guy making his Christmas delivery list and checking it twice.

And while he typically has an easy time noting which TV characters go on his “Nice” list, fact is even the best of ’em are prone to the occasional lapse in judgement.

This is where you come in. With the clock ticking down until Rudolph & Co. guide Mr. Kringle into the night sky, drop him a quick note on Comments with an alert as to which presumably “good” TV characters have done a bad (or very bad) thing in 2015. We’ll get the ball rolling with just a few suggestions…. 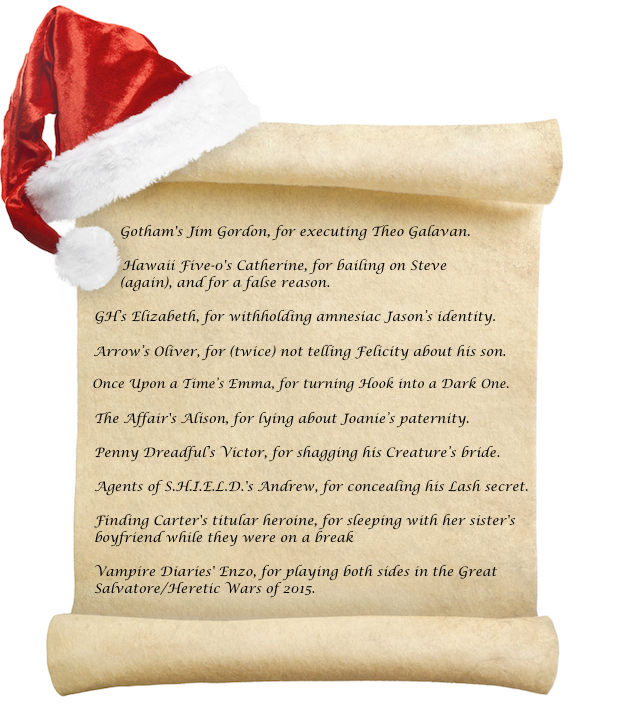 Which other otherwise-upstanding (and fictional) TV characters have a lump of coal with their name on it this year?