We’ve got questions, and you’ve (maybe) got answers! With another week of TV gone by, we’re lobbing queries left and right about shows including Once Upon a Time, Fargo, Bones and The Originals!

1 | Much as we loved seeing America’s Next Top Model‘s dashing, darling Nyle crowned the series’ final winner, is there any denying Mame kinda crushed him in the last runway challenge?

2 | Is there any situation in which Justin and Diana don’t win The Amazing Race? (Even a one-hour penalty couldn’t stop them!) And hasn’t their endless success/luck made this season rather dull? 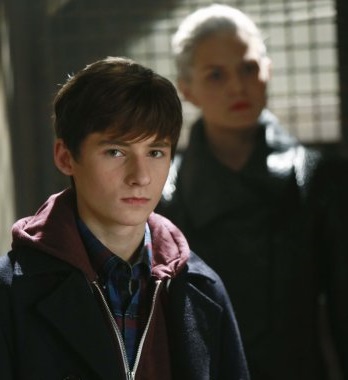 3 | Would Once Upon a Time’s fall finale have been, say, 25 percent more powerful if Rumple had accidentally/begrudgingly been turned back into the Dark One? Also, isn’t the Underworld a sketchy place to bring a teenager?

4 | On Quantico, wasn’t the story behind Vasquez’s fake scar way less salacious than you wanted it to be?

5 | Did Riki Lindhome’s appearance on Brooklyn Nine-Nine confirm she has guest-starred on just about every comedy this year?

6 | Was Noah’s therapy session on The Affair an ode to series co-creator Sarah Treem’s previous show, In Treatment?

7 | If only because she looks, you know, a lot like Supergirl, shouldn’t Kara be a little more prudent in picking public fights defending the Kryptonian’s honor?

8 | Fargo and the whole UFO thing: Part of what gives Season 2 its unique personality, or simply too off-the-wall? And how many times does Cristin Milioti have to play The Dying Mother before it’s considered typecasting?

9 | That grandma on Great Christmas Light Fight really doesn’t know what “twerk” means, does she?

10 | Given The Voice‘s hapless Braiden Sunshine cracking the iTunes Top 10 — and coming thisclose to the Season 9 finals — on the basis of his choosing “Amazing Grace,” where do you stand on contestants singing hymns for votes: Yea or nay?

11 | At U2’s rescheduled HBO concert from Paris, didn’t the fans brought up on stage seem way more composed than you’d be if your favorite band had you sing backup?

12 | Are Flash writers contracted to have a Breaking Bad nod with every Trickster appearance? Speaking of which: Are any Star Wars fans getting concerned that Luke Skywalker will look like this ↓ in The Force Awakens?

13 | How savvy was iZombie this week to lead out of The Flash with the scene of a masked crimefighter on a rooftop? Rope in those superhero fans! 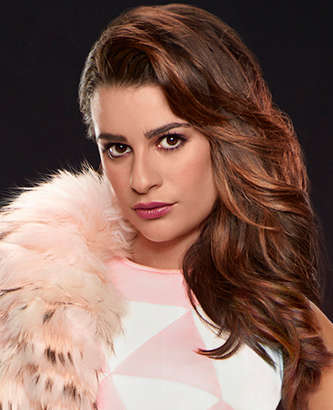 15 | Be honest, Scream Queens fans: How many of you actually called Hester as the killer? And wouldn’t Season 1 have been more exciting if there was actually more, y’know, killing?

16 | After this week’s depressing Mindy Project holiday episode, isn’t it hard to believe that this moment happened just two Christmases ago?

17 | How much did it bother you that Arrow‘s Oliver proposed to Felicity, knowing full well that he was keeping a huge secret from her about his son’s existence? And how weird was it to see typically serious Oliver sporting such a toothy grin in that moment?

18 | Between all of Arrow and Supernatural‘s mentions of darkness and there being another way, do you think the two shows could swap dialogue without anyone noticing?

19 | How come Nashville‘s Rayna didn’t invoke Markus’ contract when begging him to stay at Highway 65?

20 | During You’re the Worst‘s season finale, how badly did you want to pull those French fries out of Jimmy’s mouth before he fell asleep? And is it too early to submit requests for the karaoke song Lindsay will sing in next year’s finale? 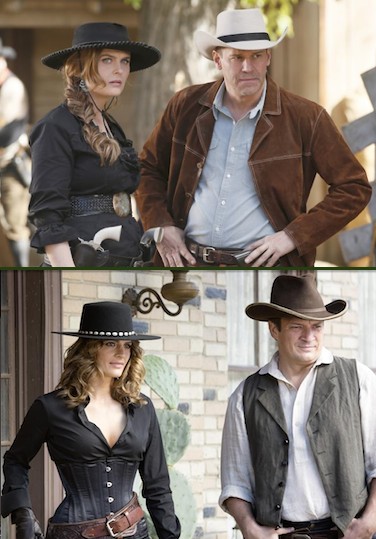 23 | Dear Vampire Diaries: How do we get more than one minute of flash forwards per episode?

24 | How could The Originals‘ Klaus and Cami fall asleep in the lead-up to having sex?! On a different note, is the show wasting Jason Dohring?

25 | Does The Big Bang Theory exist in a world without apps like Shazam and Sound Hound? How else do you explain why Sheldon didn’t think to download either when trying determine his earworm?