Too bad The Flash‘s Cisco isn’t crossing over to iZombie, because we have a feeling S.T.A.R. Labs’ resident nickname generator could come up with a dope pseudonym for Liv the costumed crusader. 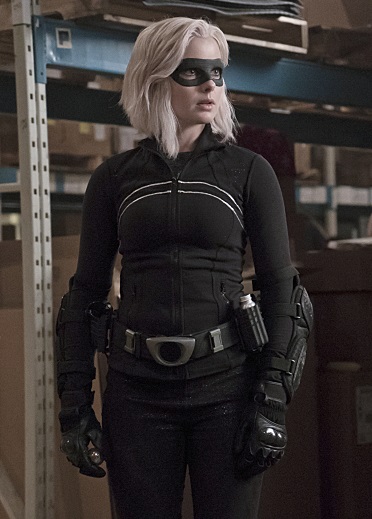 On tonight’s fall finale of the undead series (The CW, 9/8c), the pixie zombie eats the brain of a wannabe vigilante who is called The Fog “’cause justice rolls in,” executive producer Diane Ruggiero-Wright previews.

After Liv takes on the victim’s crime-fighting characteristics, Ravi offers up some silly suggestions for what the medical examiner should call her new alter ego, in TVLine’s exclusive video. (Mighty Whitey? Um, no. Dr. Dead? A little better.)

“I’m literally fulfilling my own fantasies via the show,” Ruggiero-Wright says of writing the installment. “It’s our holiday episode, so it’s my Christmas present to myself… Probably the funnest moment of my iZombie experience thus far was coming up with fake superhero names.”

Press PLAY above to watch the sneak peek, then hit the comments with your own super ideas.