This Monday in the fall finale of Fox’s Gotham, Bruce Wayne dealt with some monk-y business, a baby bombshell was dropped at a pivotal moment and a drastic move by Jim Gordon landed someone else inside the ominous Indian Hill laboratory.

And then, just before the sophomore drama bid us adieu for the winter, we felt a seasonally appropriate chill at the hands of a familiar DC Comics baddie.

TVLINE | You’re constantly surprising me with the dark places you take Jim Gordon. Was there any debate about having him pull the trigger and executing Theo Galavan?
Yeah, there was a lot of debate, right up and down the ladder. But that’s kind of what Gotham is all about, those kind of moral quandaries that someone like Gordon is put into — no bad deed goes unpunished any more than any good deed goes unpunished. The important thing about what he just did there is that there will be consequences. Serious consequences.

TVLINE | In your mind, why did he ultimately do it despite having so many reasons not to — including the risk of becoming the man Lee does not want him to be?
What Penguin said in the scene a little earlier is the truth, and it’s precisely the moral quandary heroes are put in: Do I do something that besmirches me morally but is for the greater good? Am I willing to do something immoral for a larger good?

TVLINE | Bruce had a line like that to Gordon earlier in the season, suggesting that sometimes the “right” way is the “ugly” way.
Yeah, yeah. Exactly.

TVLINE | Why did you decide 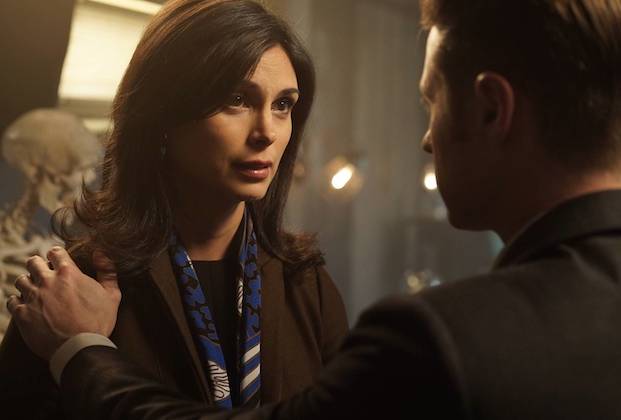 to write in Morena Baccarin’s pregnancy? Was a Jim/Lee baby even in the back of your mind before the season started?
Spookily enough it was, prior to the actual, non-fictional pregnancy. I mean, it seems spooky but it’s not, really, since these two characters have a relationship on screen. They’re in love and moving forward, and that’s what happens.

TVLINE | Plus, it assigns greater stakes to the decisions Jim makes.
And not just him but Lee, as well. One of the things that we’re very conscious about — because the DC [Comics] world is born of such a masculine, macho place — is that this is a story about the men and women of Gotham. And Morena immediately brought such humanity and warmth and depth to that part, it was clear that what we would not do is make that a “Help me” part. Again, in these comic book worlds it’s very difficult to not make the spouse someone who’s just saying, “Jim I love you and I’ll support you on whatever you do.”

TVLINE | No, Lee challenges him.
Yeah, yeah. And the chemistry between them…. When I saw Ben and Morena together working, I knew very early on, “This is going to work. They feed off each other. Let’s build this relationship up.” Which leads to babies, and then all of the complications and moral dilemmas that babies bring to human life. 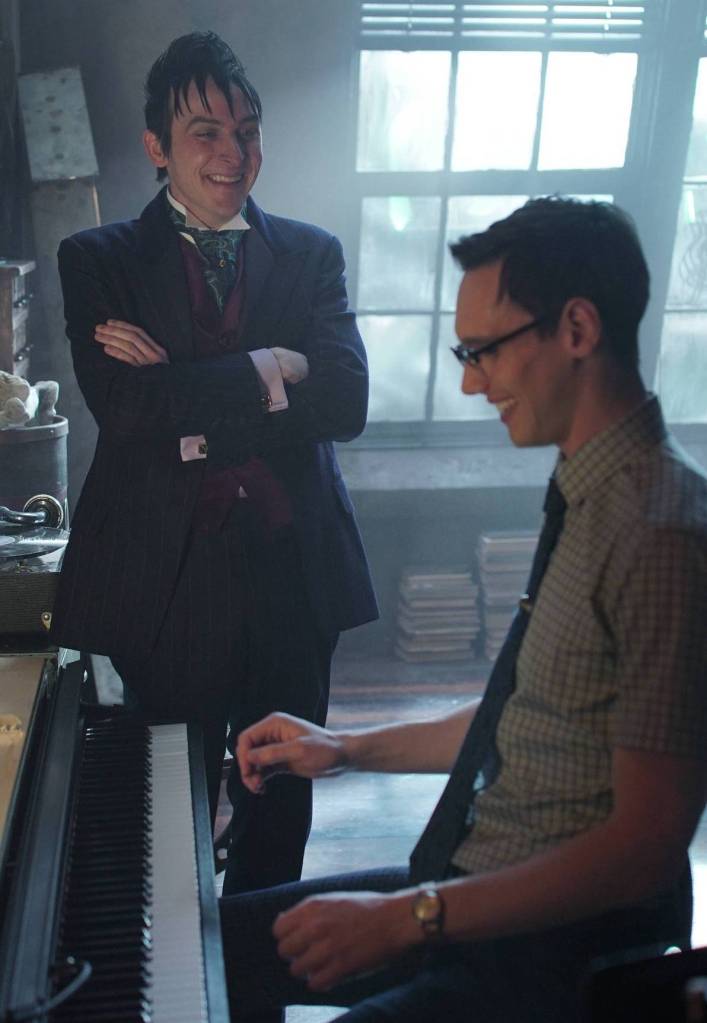 out of the picture, is it back to “business as usual” for Penguin?
No, he’s going to have new challenges. He’s going to come out of this experience a profoundly changed man. We’re going to explore his psyche and his family background [via the introduction of Paul Reubens as his father], and that will bring us back to that original pathos that Robin [Lord Taylor] created so brilliantly in the first season.

TVLINE | What are the people of Gotham to make of Edward now that he has resurfaced with a strange Penguin association? Will he stay a CSI, working at the GCPD…?
For the moment. Because you and I and the viewing audience have the privilege of hindsight, we know where he’s going, we know that he’s not the innocent, guileless character that he seems to be. But he’s one of those characters that would have to walk in covered in blood before people would go, “Hey, wait a second….” He’s such a lovable, goofy presence, and he’s also very clever. But having said that, the second half of the season is every much about that persona unraveling and being revealed to the world at large.

TVLINE | Now that Bruce is no 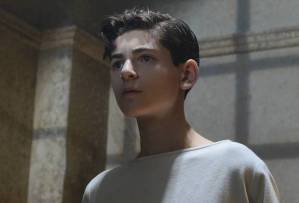 longer being sought for sacrificial slaughter, and his father’s hard drive is fixed, will he delve back into the Wayne Enterprises mystery?
Yes, he does. In the back end of the season, there’s going to be no vamping, no promised revelations that do not occur. We’re going to get to Indian Hill. Horrendous, huge, spectacular, dramatic things are going to happen. Bruce is going to get to the very heart of the mystery of who killed his parents, and there are amazing scenes coming up. One of the beautiful things that we’ve been watching over the last couple of seasons is David Mazouz growing up with such gravitas and dignity, but with all of his open, honest acting skills intact. You saw the stuff he was doing with Silver in [the fall finale], he has some weight on him. As a young actor, every day he surprises me how great he is.

TVLINE | Your whole young cast there is very solid. David, Natalie [Alyn Lind], Camren [Bicondova]…. I was very impressed with what they did in these past few episodes.
Because they work together, it really helps all of them. It only takes one of those “cheesy teenage individuals” in an ensemble to bring everyone down to that level, but they’re all so great it brings everyone up.

TVLINE | Speaking of Indian Hill: How soon will we first lay eyes on an example of whatever the Sam Hell Professor Hugo Strange (played by Law & Order: SVU alum BD Wong) is up to down there? 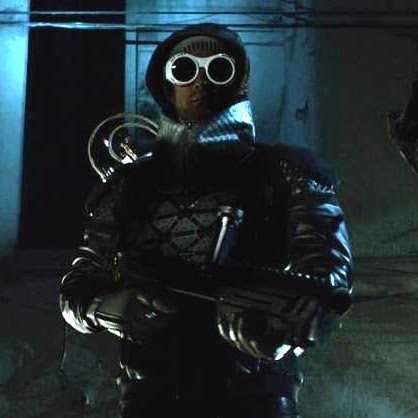 Very soon after we come back. And I don’t want to say more than that.

TVLINE | And lastly, will Mr. Freeze (House of Cards‘ Nathan Darrow) be operating off any specific agenda? Did we get any hint of it in the brief teaser, or was that just to show him to us?
He absolutely has an agenda. We’re telling the Freeze story in classic style, from its origins. What you saw there is the “beta test.” It’s very early on in the story of Mr. Freeze.