black-ish‘s Dre better straighten up and fly right, because there’s a new boss in the office… and she’s played by Wanda Sykes.

The exclusive photos below, from the Dec. 2 episode (ABC, 9:30/8:30c), show the New Adventures of Old Christine star as Daphne Lido, the ex-wife of Dre’s firm’s founding partner. When Daphne gets control of half of the company and decides to become a strong presence in the office, she quickly calls Charlie’s work ethic into question. Whose side will Dre choose: the new boss lady or his old pal?

It’s not like things get any easier at home, either. Dre’s childhood friend Sha (played by Faizon Love, The Parent ‘Hood) comes to stay at the house for a few days, leading Bow to think he’s taking advantage of Dre’s generosity.

Click through the gallery below for your exclusive first look at the episode, then hit the comments with your thoughts! 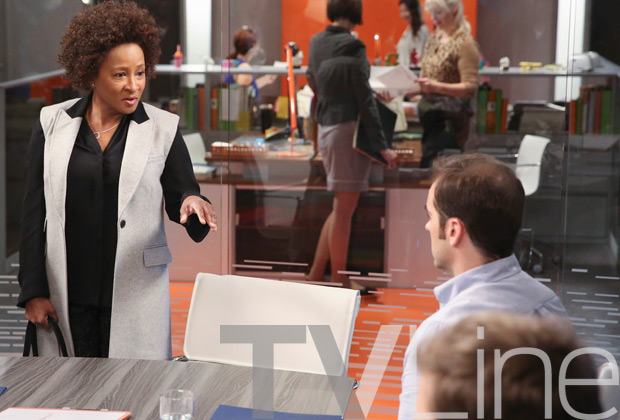