Stars of the big and small screens, best start practicing your “This joke at my expense doesn’t bother me!” faces now.

Because, as you can see in this exclusive first look at the 2016 Golden Globes key art, returning host Ricky Gervais already has his mouth open and ready to skewer everyone from Brad and Angelina to Terrence and Taraji.

“Hold onto your globes… he’s back,” the poster warns as the Derek star brandishes one of the ceremony’s coveted trophies.

Gervais, who has three Golden Globes of his own, hosted the 2010, 2011 and 2012 telecasts and became known as the type of emcee who didn’t care what those mentioned in his jokes — many of whom sat in the audience — thought of his humor. (Example: “It’s going to be a night of partying and heavy drinking. Or, as Charlie Sheen calls it, ‘breakfast.'”)

The 73rd Golden Globes will air live on NBC on Sunday, Jan. 10 at 8/7c. Take a good look at the poster below, then hit the comments: Will you be happy to see Gervais return to the podium this year? 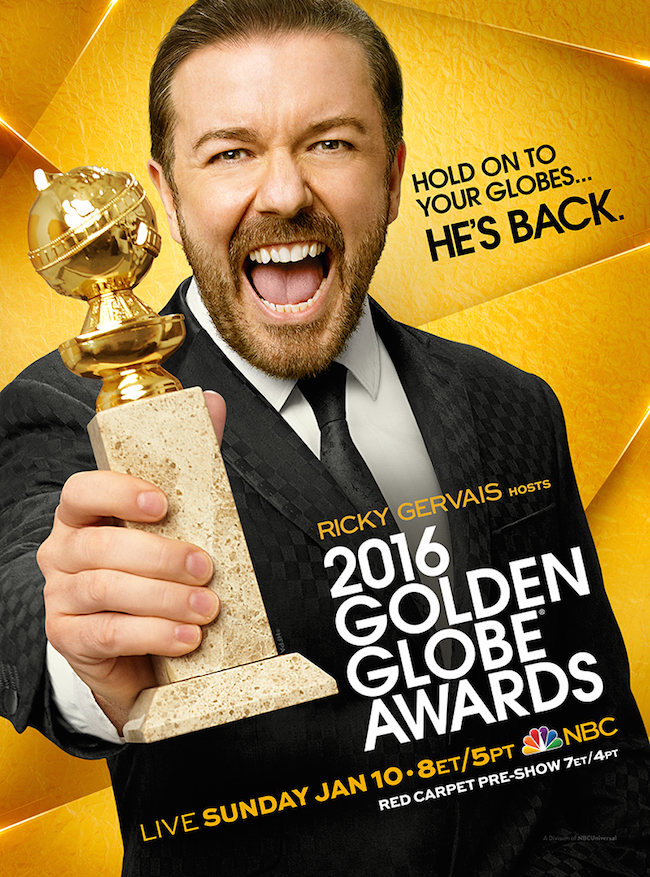