She’s got the flying thing down pat, but how is Supergirl at deflecting a severe blast of déjà vu? 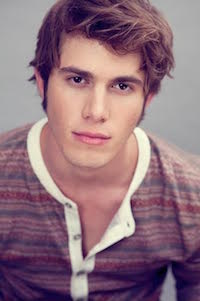 Jenner will portray Adam Foster, a handsome stranger from Cat Grant’s (Calista Flockhart) past whose arrival in National City tests Kara and Cat’s relationship like never before. At the same time, Adam and Kara form a very unexpected connection.

This reunion should prove especially satisfying for those Glee fans still bitter that Benoist and Jenner’s respective characters Marley and Ryder — who joined the show in its fourth season, enduring an off-and-on romance — didn’t end up together at the end of the series.

Jenner is set to appear in multiple Supergirl episodes, the first of which is slated to air in early 2016.

UPDATE: Jenner will make his debut in the Jan. 25 episode.