The first character viewers meet in Chicago Med‘s series premiere on Tuesday night is Arrow alum Colin Donnell’s Dr. Connor Rhodes, and he makes quite an impression — and not just because he stitches himself up while shirtless. (Though that scene definitely goes into The Reasons to Tune In column.)

From the start, we know Connor cares about helping people as he goes into doctor mode after his commuter train is involved in an accident. Upon arriving at the hospital — where it’s his first day as a trauma surgery fellow — Connor shows off a knack for languages, comforting a patient’s girlfriend in Spanish. As he tends to his own wound, he reveals that he learned to make such flawless, plastics-level stitches while tending to Saudis who paid him not to leave any scars.

And OK, he’s not terrible to look at.

But not everyone is receptive to Connor’s charms. He butts heads over a patient with Dr. Will Halstead (Chicago P.D./Shameless‘ Nick Gehlfuss), who views the newcomer as an “arrogant” someone who “likes to throw his weight around.” The two also don’t have much in common: Connor grew up in a wealthy neighborhood, while Will was raised in the tough streets of Canaryville. Naturally, Will assumes Connor went to an elite medical school like John Hopkins, but he actually studied at UAG in Guadalajara. (Because he couldn’t hack it or because he wanted to help the less fortunate?) 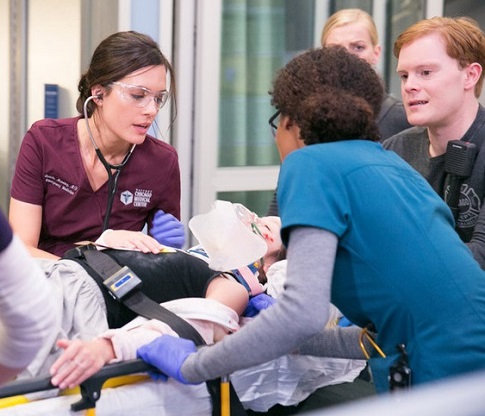 The other doc who makes an impression is Dr. Natalie Manning (Pretty Little Liars‘ Torrey DeVitto), a very pregnant pediatric emergency specialist. For some reason, I suspected that the mystery of what happened to the single mother’s baby daddy was going to be more scandalous, but in an emotional moment, we find out that Natalie’s husband died in the line of duty abroad. Her friends April and ER boss Maggie (The Wire‘s Marlyne Barrett), however, aren’t going to let her go through this alone, so they stage a crib-building party.

Speaking of being alone or not… I’m not reading too much into thinking that Natalie and Will might have a little somethin’-somethin’ down the line, right? He gave her a pillow for her back! (I have low standards, clearly.)

As for the other doctors, there’s Dr. Sarah Reese (Jane the Virgin‘s Rachel DiPillo) aka the typical Overwhelmed Young Med Student, and Dr. Ethan Choi (Grimm‘s Brian Tee), who doesn’t really get a defining moment in the opener. Sharon Goodwin (Law & Order‘s S. Epatha Merkerson), as the hospital’s main boss, and Dr. Charles provide a nice grounding force as the elder statesmen of the establishment.

All in all, Med isn’t going to reinvent the TV medical drama, but it fits in nicely with Chicago Fire and P.D.

What did you think of the Chicago Med series premiere? Grade it via the poll below, then hit the comments to back up your pick! 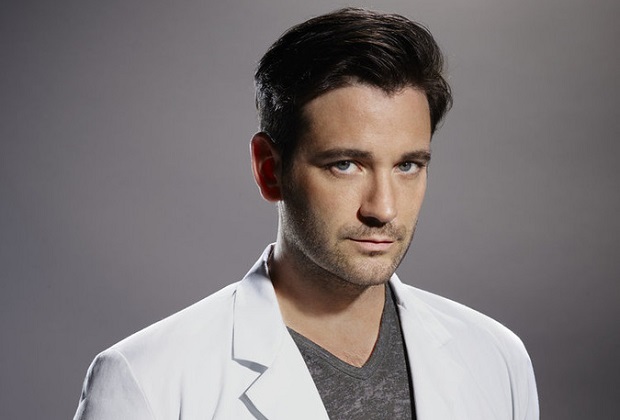