In case you were wondering, Disney Channel’s 2003 action-adventure comedy The Even Stevens Movie totally holds up after 12 years.

For proof, one need only look at star Shia LaBeouf‘s emotional reaction to the made-for-TV masterpiece, which was shown Thursday in NYC as part of #AllMyMovies, a three-day art installation of sorts in which the actor screened his entire filmography in reverse chronological order.

And thanks to the project’s live stream, lifelong fans of the film — a continuation of the Even Stevens TV show, which aired in the early 2000s when Disney Channel tragically limited its original series to 65 episodes — were able to laugh, cry and generally appreciate the iconic Donna Pescow along with its star.

Even LaBeouf’s co-star, the effervescent Christy Carlson Romano, gave this her seal of approval.

(If only we could have gotten Even Stevens‘ Tony-worthy episode “Influenza: The Musical” added to this screening, we’d really be in business.)

Click through the gallery of photos below to witness LaBeouf in the throws of sweet, sweet nostalgia, then drop a comment with your own fond memories of this timeless classic. 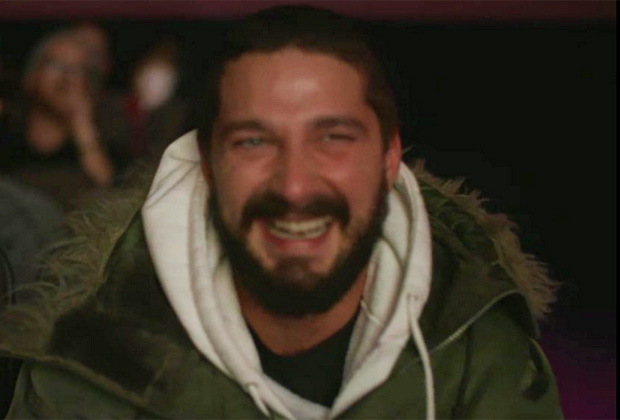