Aziz Ansari’s character may only see black when he tries to look into his future, but the trailer for the comic’s new Netflix comedy Master of None contains multiple shades of funny.

As Dev, a rudderless, 30-year-old actor, contemplates dating, parenthood and his career, he drops hilarious truth bombs. Take his assessment of a white actor with some distant Indian heritage playing “the Indian guy” in The Social Network: “If you go back far enough, we’re all one-sixteenth something! I’m probably one-sixteenth black: You think they’re gonna let me play Blade?”

But Master of None doesn’t look like the kind of comedy that reserves its punch lines solely for its star. Saturday Night Live vet Noël Wells scores some guffaws of her own as Dev’s love interest — while various kids, parents and grandparents get their share of one-liners, too.

Check out the trailer above (and key art below), then tell us if you’ll binge-watch Master of None when it begins streaming Nov. 6 on Netflix. 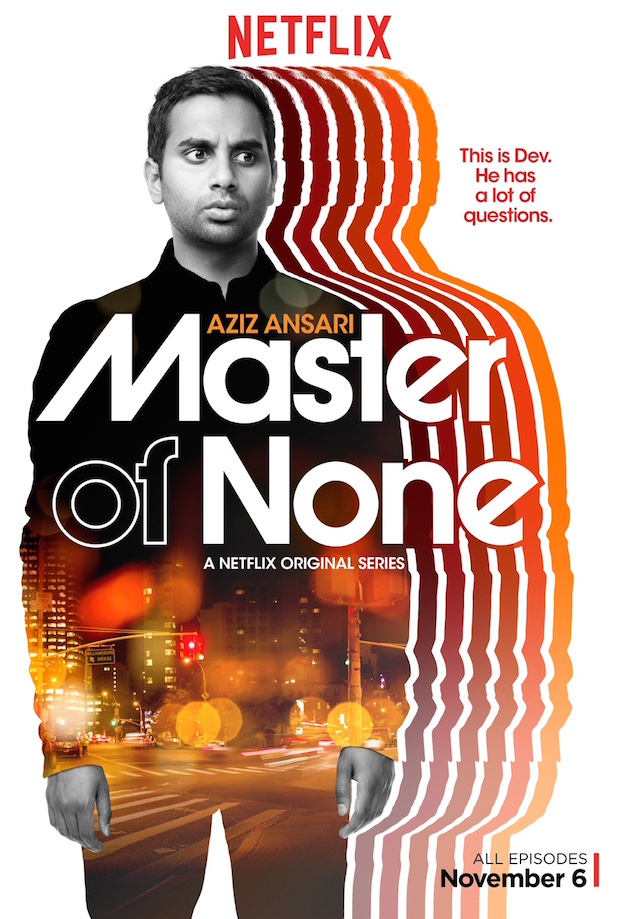