If Cooper Barrett’s Guide To Surviving Life has a chapter on “maturity,” it’s probably not one of the longer ones (“Title of Amy’s sex tape!”), as evidenced by this poster for the new Fox comedy. 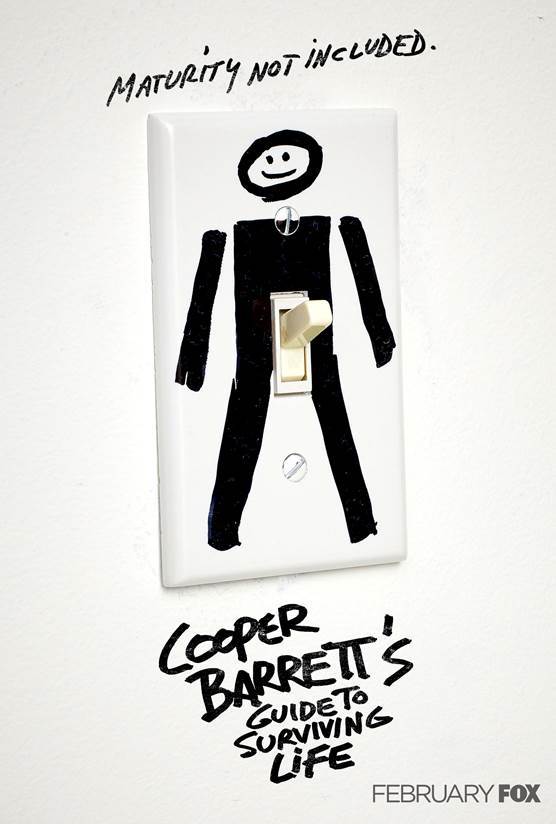 Premiering in February 2016, Cooper Barrett’s Guide stars Jack Cutmore-Scott (Kingsman: The Secret Service) in the title role, playing a sad sack who 1) doesn’t have the job he wants, 2) is hopelessly in love with his neighbor (Being Human‘s Meaghan Rath), 3) has a pair of irrepressible roommates (Betas‘ Charlie Saxton and Ground Floor‘s James Earl), and 4) indulges his 40-year-old brother (The New Normal‘s Justin Bartha) when he pops  in to get peace from the wife (Super Fun Night‘s Liza Lapira) and kids.

As Cooper struggles to survive life’s challenges – a night in jail, a text he should not have sent, an ill-advised household pet – he guides viewers through each ordeal, so that our lives don’t turn out to be the (entertaining!) disaster that Cooper’s is.

Watch a trailer below, then share your early take on the Fox noob: