ESPN’s New York Giants/Philadelphia Eagles game was already being hyped as the biggest battle of the night — and that was before the Stormtroopers showed up.

A new trailer for Star Wars: The Force Awakens aired during Monday Night Football — a nice perk of ESPN and Lucasfilm both being owned by The Walt Disney Co. — giving eager fans an even clearer picture of what to expect when the J.J. Abrams-helmed blockbuster hits theaters on Dec. 18.

The official Force Awakens poster was released over the weekend, sending fans into a tizzy over the apparent omission of Luke Skywalker (played by Mark Hamill, who’s returning to The Flash in Season 2).

Hit PLAY on the trailer above, then drop a comment with your thoughts below. 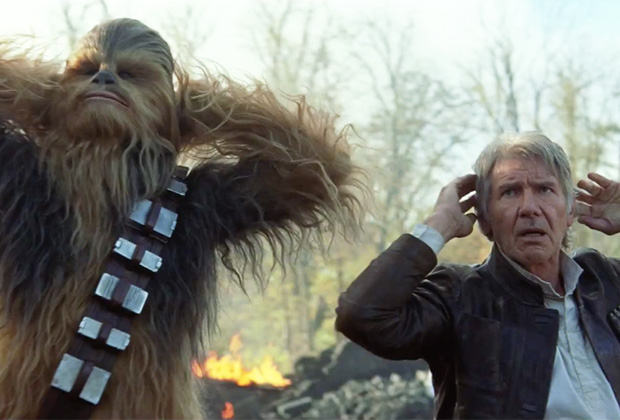