She’s got armor and a shield, but where’s Needle?

Game of Thrones‘ Maisie Williams has traded Winterfell for Old Norse times — but as the accompanying trailer and first-look photos show, she’s still playing a tough cookie on this Saturday’s installment of Doctor Who (9/8c on BBC America).

In the first of a two-part story, “the Doctor (Peter Capaldi) and Clara (Jenna Coleman) must train a useless band of Vikings” — including Williams’ plucky Ashildre — to “defend themselves against the galaxy’s most deadly army,” according to the network.

The episode was written by Jamie Mathieson (Being Human) and Doctor Who EP Steven Moffat, and directed by Ed Bazalgette (Poldark).

Williams told TVLine on the Emmys red carpet last month that “Everyone’s prediction is wrong” about her character on the long-running British sci-fi series.

Check out the trailer above — and then a behind-the-scenes video and TVLine’s Q&A below. After that, scroll down for eight fresh images of Williams as Ashildre — or click here for direct access — then hit the comments with your thoughts! 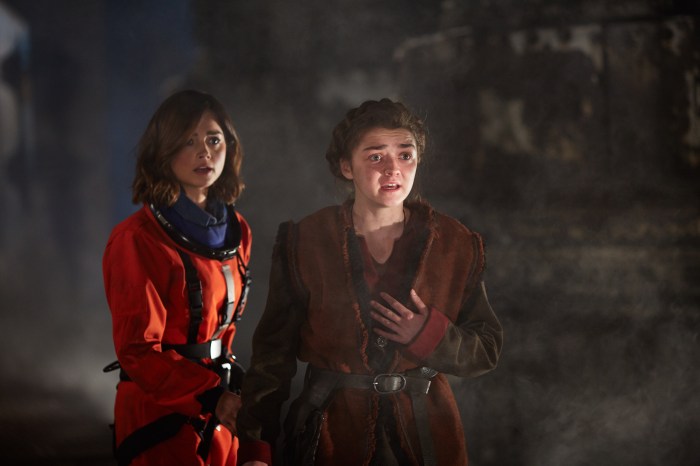