No wonder iZombie executive producer Rob Thomas has been keeping mum about Major’s arc in Season 2!

At the close of the CW series’ sophomore opener on Tuesday night, Liv’s ex-fiancé was blackmailed by Max Rager into agreeing to kill off all of Seattle’s zombies. In return, Major’s pretty, undead ex stays unharmed. (Oh, and thanks to the cure’s side effects, Major can now sense when somebody is a zombie. Helpful!) 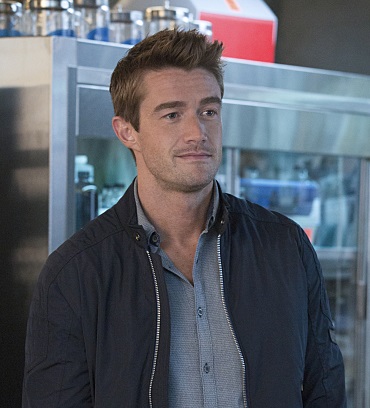 “That is his big mission: to keep himself and Liv alive,” Thomas previews. “In order to do that, he has to take out these zombies. It’s going to be a moral crisis for him. … It will be tearing him apart, and it doesn’t get any easier for him for a long time.”

That said, Major is “not just going to sit back and take it all season,” the EP continues. “At some point, he’s got to figure out how to turn the tables on Max Rager.”

Below, Thomas previews Season 2’s fresh foes, Liv’s shocking new roomie and more. He also weighs in whether a full season order is in the cards for the show.

LIVING WITH THE ENEMY | Max Rager’s plan to keep an eye on Liv by planting Vaughn’s assistant Gilda as her new roommate is paying off. Even though there are potential alarm bells, Gilda won’t be found out any time soon. “We’re writing Episode 12, and it hasn’t happened yet,” Thomas reveals. “She’s clever, that girl. But yeah, I doubt she’ll make it through the season.”

FAMILY RELATIONS | Liv wasn’t exactly on speaking terms with her mother and recuperating brother at the end of the premiere. So how will she make peace with them after refusing to give up her blood to save her sibling’s life — with no explanation? The answer may have to wait a while as “we don’t get back to the family right away,” Thomas says, “but we just shot a couple episodes with them.” Adds fellow EP Diane Ruggiero-Wright: “There are some pretty interesting, cool developments with the family.” 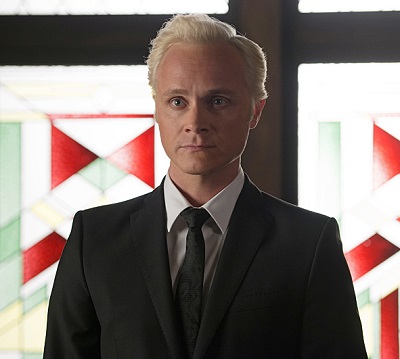 BADDIES GALORE | As “the world is getting bigger” and “more moving parts” come into play in Season 2, the number of villains will grow, Thomas shares. “Last year, Blaine was the sole Big Bad, and this year, Steven Weber [as Max Rager boss Vaughn] is occupying a bunch of that space,” he says. Plus, Blaine — who’s pretending to be a zombie while operating a funeral home for his brain-dealing business — “has really fun, juicy stuff this year. [He] is going to try to become the crime lord of Seattle.” But there’s just one problem: there already is a crime lord of Seattle, named Mr. Boss (played by Ocean’s Eleven’s Eddie Jemison).

THE CURE IS IN THE RODENT | If you’re wondering whether the zombie cure will stick, then you’ll want to keep a close eye on Ravi’s furry, little friend. “We’ve got a whole Flowers for Algernon story playing here,” Thomas describes. “We’ve got the one zombie rat, New Hope, who will be the canary in the coal mine for both Major and Blaine. Once stuff starts happening to that rat, you have to figure that it will eventually happen to [them], as well.”

FULL SEASON, HERE WE COME? | The CW series received an additional five script orders on Monday, but Thomas isn’t stopping at 18 episodes. “I think we’re going to get to do 22,” he says. “I’m feeling bullish. We’re breaking towards 22. If we air on Tuesday and it’s a disaster, I will start thinking about 13. But I feel good. We have nine that play before the break for the holidays, and we built a really big Episode 9. And then 13, we’re treating like an episode on the way to 22. It could change, but that’s how we’re building it.

“I have to say, having done 22-episode seasons on Veronica Mars — and it’s been a long time since I’ve done it — it is a slog. Like last year, doing 13, it was so great. If I didn’t like money…” he adds with a laugh. “Thirteen is such a good number. But I’d still rather do 22.”

iZombie fans, what did you think of the Season 2 premiere’s twists? Grade the episode via the poll below, then hit the comments to back up your pick!