In TVLine’s exclusive clip from the movie — which purports to flesh out the behind-the-scenes scandals of the iconic Aaron Spelling drama series — a wardrobe fitting between Doherty (played by Degrassi‘s Samantha Munro), Jennie Garth (Suburgatory‘s Abbie Cobb) and Tori Spelling (Once Upon a Time‘s Abby Ross) takes a nasty turn when all three actresses want the same dress for a photo shoot.

“You wore red last year, Shannen,” notes Garth, to which Doherty snaps back, “Exactly. And we were a hit!”

Spelling attempts to throw down and put an end to the bickering, but something tells us this isn’t the only scene which will find the ladies of West Bev at each other’s throats.

Hit PLAY on the preview clip above, then drop a comment below: Will you be watching this weekend? 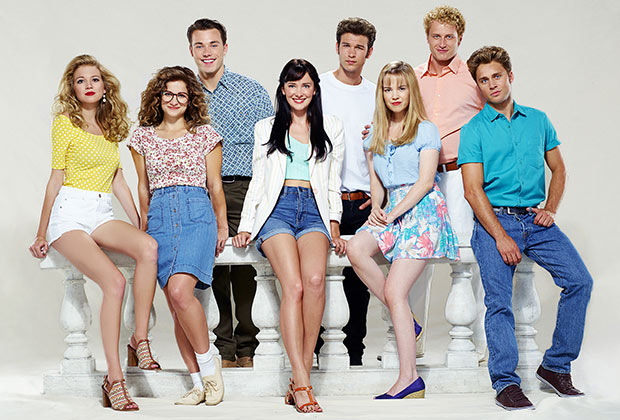