It’s a good thing Stefan and Damon have each other, because in The Vampire Diaries‘ seventh season, they’re going to need all the brotherly support they can get.

The CW on Monday released the official poster for the drama’s Oct. 8 return (8/7c), but unlike the romance-heavy angle used in years past — think a lot of Elena and a lot of hand-holding — TVD went for a simpler approach this time around; it’s merely a shot of Stefan and Damon beneath the tagline “Heartbreak is eternal.”

Having seen the season premiere myself, I can certainly confirm that heartbreak plays a major role in Damon’s Season 7 storyline, as he employs every tool in his emotional arsenal to accept his girlfriend’s lengthy slumber.

As for why Damon and Stefan are seen leaving Mystic Falls? Well, let’s just say Lily and her heretics don’t exactly make them feel welcome in their hometown for very long.

View the poster in full below, then drop a comment: What are your hopes for Season 7? 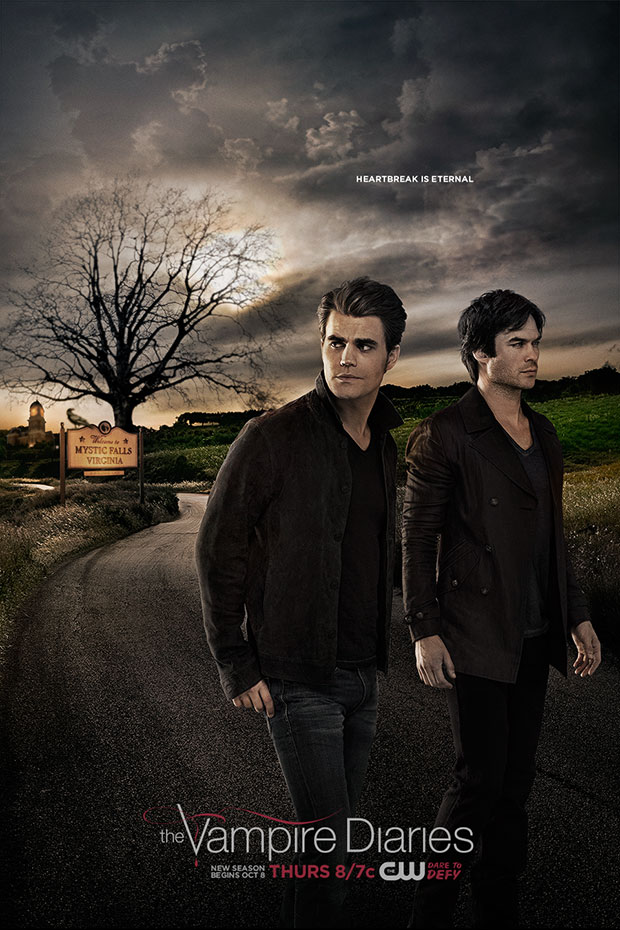