Empire fans, there’s a new Lyon in the den, and his name is… Jimmy Fallon?

The Tonight Show host donned his finest purple scarf and questionable wig for Tuesday’s spoof/salute to Empire, appropriately titled Jimpire, bringing several of the Fox drama’s stars along for the ride — though even Cookie herself can’t hold a candle to Tonight Show announcer Steve Higgins as “Higgy.” (Speaking of Higgy, I will never be able to unsee his “This is an ass!” moment. Never ever.)

Both Taraji P. Henson and Terrence Howard appear in the 10-minute spoof; Howard confronts Fallon in the hallway, while Henson renames Higgy “Little Debbie” because he’s “one fake-ass Cookie.”

Hit PLAY on the video above, then drop a comment with your review of Fallon’s Empire spoof below. 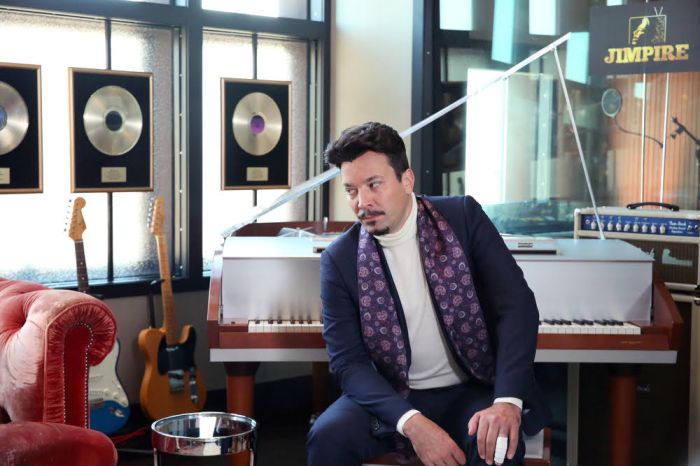