One of Kara Zor-El’s first threats has been unmasked.

Goldberg will not only portray Morrow on the freshman series, but Red Tornado, as well. According to the official character description, “Red Tornado is the most advanced android the world has ever seen.  Designed by scientist T.O. Morrow for the U.S. Army as the ultimate superweapon, he soon becomes sentient, posing a grave danger to National City — including the people Supergirl cares about most.”

Scroll down to take a look at Red Tornado, then hit the comments with your thoughts on the foe. 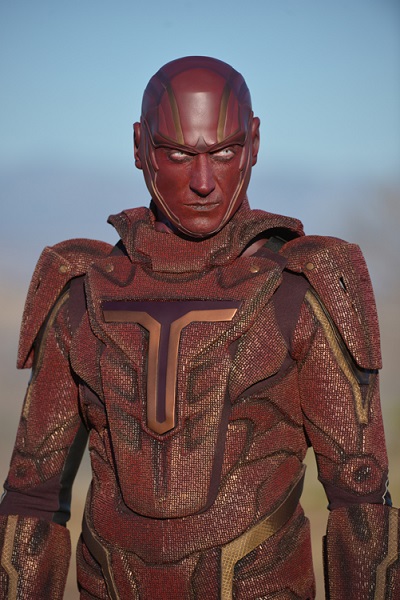