And now the world gets to see her face.

On the heels of last week’s Netflix teaser trailer for Marvel’s Jessica Jones — featuring the tagline, “It’s time the world knew her name” — the streaming service has released the first five photos from the hotly anticipated comic-book adaptation, all of which can be found in the gallery below!

In addition to three images of Krysten Ritter (Don’t Trust the B— in Apartment 23, Breaking Bad) in the title role, we’ve got shots of her co-stars David Tennant (Doctor Who), Mike Colter (The Good Wife, Netflix’s upcoming Marvel’s Luke Cage), Rachael Taylor (666 Park Avenue), and Carrie-Anne Moss (The Matrix).

In Marvel’s Jessica Jones, the former superhero opens a detective agency, which will serve as the jumping-off point for what Netflix promises will be a “suspenseful, edgy look into the life of … one of the most popular new Marvel characters of the last decade, as she faces demons from within and without.”

The streaming service will release all 13 episodes on Nov. 20.

Excited about the first images of Ritter as Jessica Jones? Sound off in the comments! 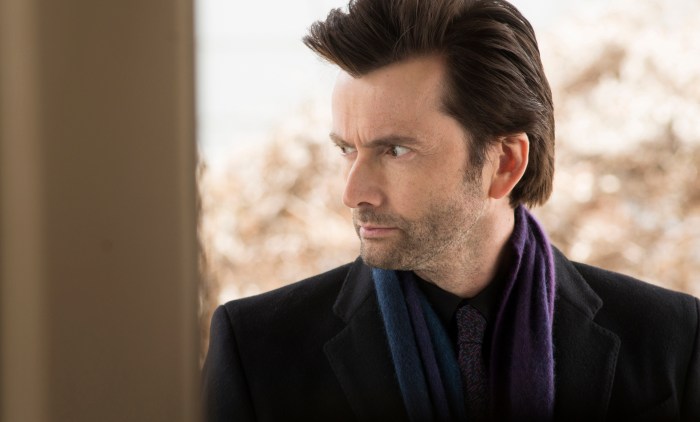