Like the best country songs, Charles Esten‘s theory on why Nashville‘s Rayna-Deacon love story has endured is both simple and sweet.

“She was the one, and she was always the one,” Deke’s alter ego says in this exclusive clip from an upcoming special about the ABC series. (Does he know the path to Nashies’ hearts or what?)

In advance of Nashville‘s debut on AXS TV, the cable network will devote a special edition of Dan Rather’s The Big Interview — with Esten and leading lady Connie Britton — on Tuesday, Sept. 22, at 8/7c.

AXS TV then will broadcast encore episodes of Nashville from the beginning, starting on Saturday, Sept. 26 at 8 pm, with three episodes airing back-to-back-to-back each week (and with limited commercial interruption through Oct. 17).

Press PLAY on the video above to hear Esten wax romantic about ‘Deyna,’ and press PLAY on the second video (below) to hear Britton react to Rather saying that “No woman is worth a damn until she’s at least 40.” (It’s a compliment… we think.) Then, make sure to scroll down to see exclusive photos from the special. 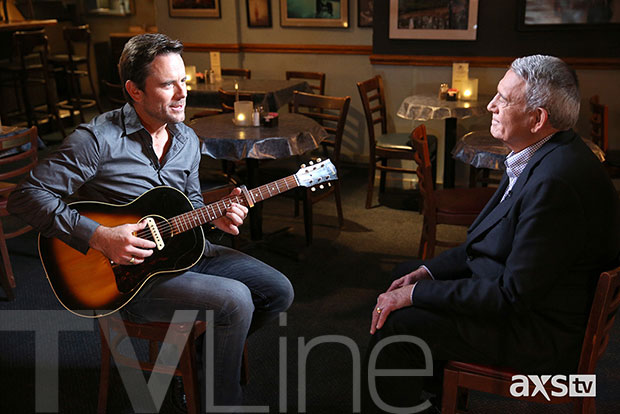 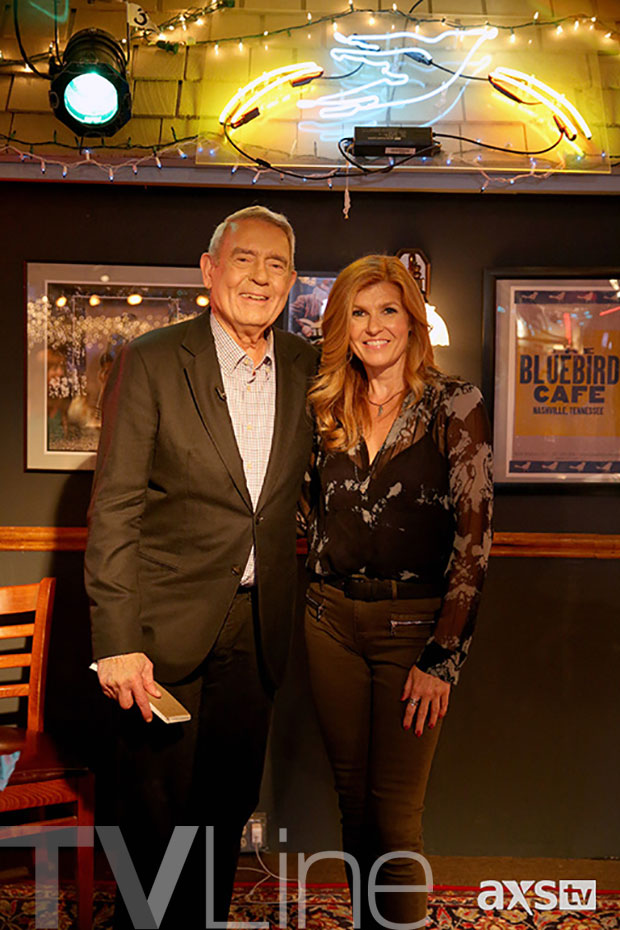