Talk about an Eye-popping twist.

Nina Tassler, who has overseen CBS’ super-successful entertainment division for more than a decade, is stepping down as Chairman in December, the network announced Tuesday. (She will continue on in an advisory role through at least 2017.)

CBS’ Current Programming VP Glenn Geller, meanwhile, has been tapped to succeed her in the newly-restored position of Entertainment President.

According to our sister site Deadline, Tassler is looking to get back to her theater roots as a producer. 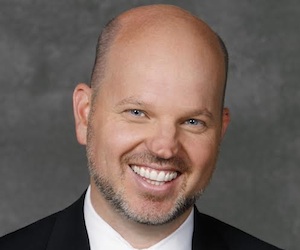 “Nina and I have been colleagues and friends for 25 years,” said Les Moonves, President and CEO, CBS Corporation. “It is one of the proudest partnerships of my professional life. We’ve enjoyed amazing success together, both here and at Warner Bros., and it’s been a privilege to watch her talents and accomplishments grow. Nina is a creative executive with the instincts of an artist, so it came as no surprise that she would eventually want to express those talents beyond television. All of us here are grateful and proud of CBS’s success with Nina leading our entertainment programming, and we will be the biggest fans for all her future endeavors.”

Added Tassler: “CBS is a special place. For the past 18 years, I’ve been blessed to be part of an amazing team that has lifted this Network to an enviable run of success. It all starts at the top with Leslie, my boss, mentor and friend for two and a half decades, and a leader who inspires excellence in every part of the creative and business process. I owe a tremendous debt of gratitude to Leslie, my colleagues at CBS and all the actors, producers and writers who were part of this incredible journey. I will always love this place, yet it is time for my next chapter, and I’m thrilled that I can pursue my other creative interests while still being part of the Company. I pass the baton to Glenn with great confidence and pride. He is an outstanding leader with great respect for the artistic process and a clear vision for programming success.”

Tassler joined CBS in August 1997 as VP of Drama for CBS Productions, before moving to the network as Senior VP of Drama Development in 1998. In 2004, she was appointed Entertainment President.