Hawkgirl and Hawkman are ready for takeoff, as seen in this first photo of the characters to be featured in The CW’s midseason drama DC’s Legends of Tomorrow.

In the Arrow/The Flash offshoot, time-traveling rogue Rip Hunter (played by Doctor Who alum Arthur Darvill), having seen the future, assembles a mash-up of heroes and villains to confront an unstoppable threat orchestrated by the series’ Big Bad, Vandal Savage (Casper Crump).

Among Rip’s ragtag crew are Kendra Saunders aka Hawkgirl (Ciarra Renee) and Cater Hall/Hawkman (Falk Hentschel), who will first be seen together in this winter’s Arrow/The Flash crossover event. (Kendra previously was glimpsed in The Flash‘s Season 1 finale.)

Do the hawkpeople look prepared for the fight/flight? 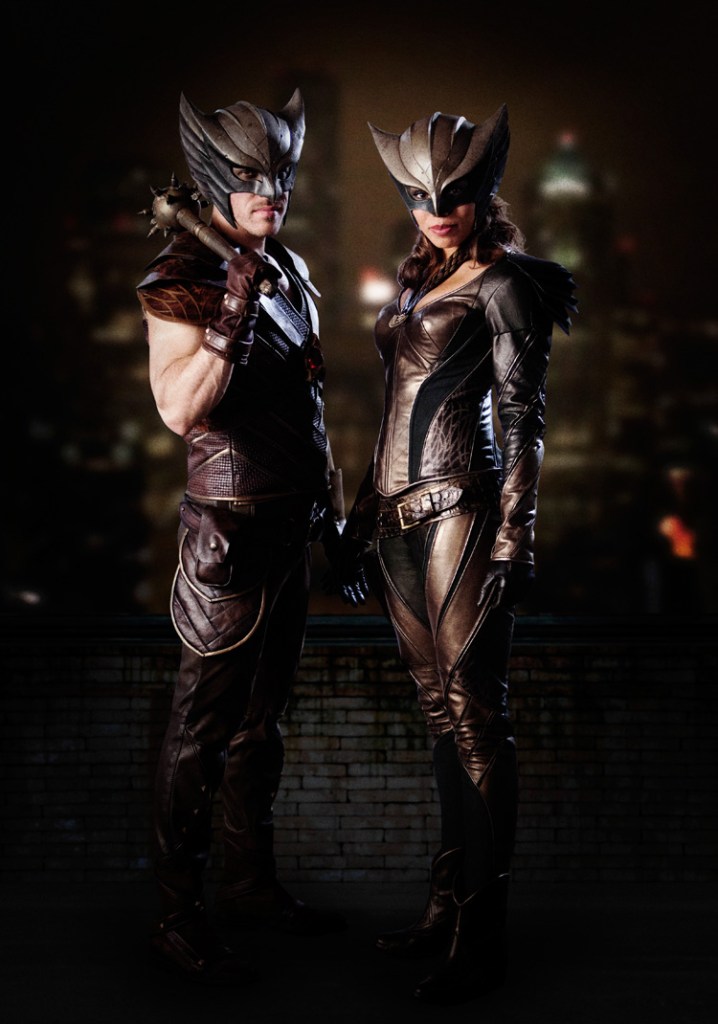