Few details are known about the offshoot, other than it would focus on the Mayans motorcycle club.

One year ago, with an eye on Sons‘ final run of episodes, Sutter said there had been “serious conversations” about a prequel series, perhaps chronicling the origins of John Teller and Piney Winston, while at the same time he pooh-poohed the idea of a spinoff per se.

“Spinoffs work well, obviously, in procedural dramas, which [Sons] is not,” he said.

Sons wrapped its seven-season run in December with a series-high audience of 6.2 million total viewers (which in Live+3 swelled to 9.3 mil). Sutter’s latest creation, the period drama The Bastard Executioner, debuts Tuesday, Sept. 15 on FX.

Would you tune in for a Mayans-centric Sons spinoff? 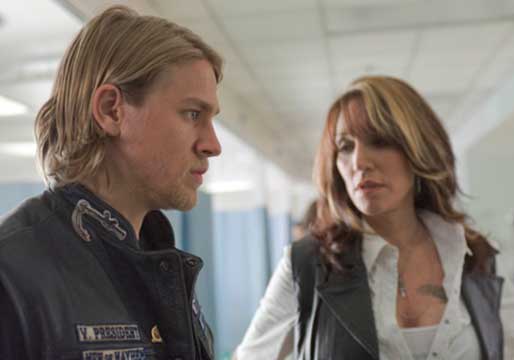