Schilling, who has been covering the Little League World Series for ESPN as an analyst, tweeted the following meme, comparing Muslims to Nazis: 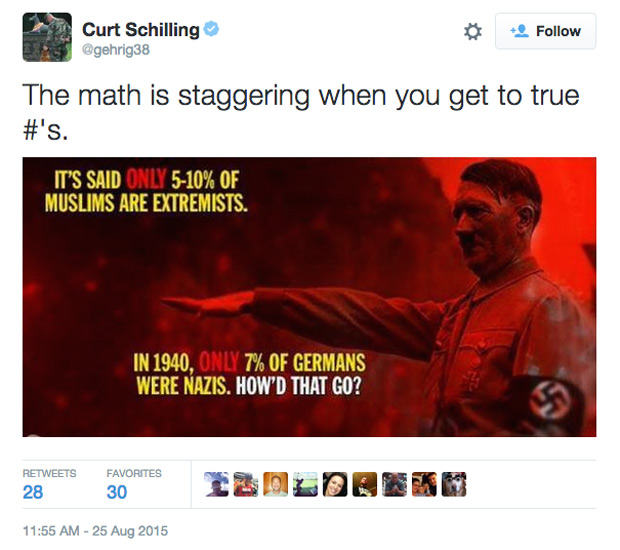 Unsurprisingly, this did not sit well with ESPN. The Disney-owned company has removed Schilling from his current post, releasing the following statement about its decision:

Curt’s tweet was completely unacceptable, and in no way represents our company’s perspective. We made that point very strongly to Curt and have removed him from his current Little League assignment pending further consideration.

–
Your thoughts on Schilling’s major misstep? Drop ’em in a comment below.