You’ve gotta appreciate the classics — as The Flash has done with its first look at Jay Garrick in action.

The CW superhero series has released its initial image of Teddy Sears as Garrick, the first DC Comics character to take on the title of the scarlet speedster. And the art pays homage to the iconic cover of The Flash of Two Worlds!

Jay is described as a mysterious figure who arrives in Central City to warn Barry and the S.T.A.R. Labs team of an impending danger that he alone cannot hope to stop. His winged helmet was spotted coming out of the worm hole in the Season 1 finale.

Scroll down to see the new art (on the right) alongside the classic cover, then hit the comments with your thoughts! 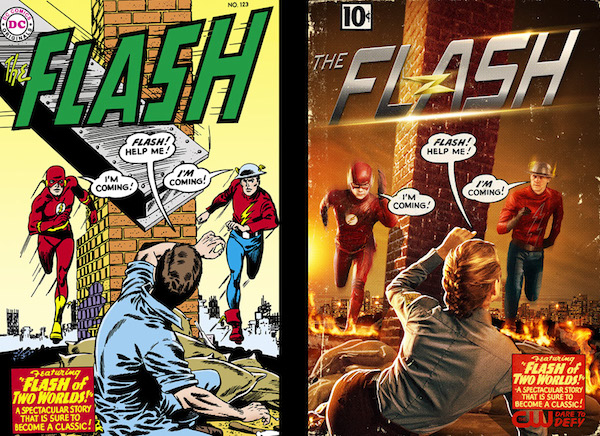