Bigger isn’t always better — except where the NYPD is concerned.

Cut to the the double entendre-soaked tagline, “Our unit is Bigger than your unit.”

Curiously, the poster still considers Andre Braugher’s Holt — who was reassigned to the PR department in the finale — a member of said unit. Exec producer Mike Schur, meanwhile, recently confirmed that viewers will learn the identity of Holt’s successor in the Season 3 premiere on Sept. 27.

“Everyone is going to be really happy with who the new captain is,” he promised. “And the way that the [episode] is conceived, that is far from the final surprise. It takes a lot of fun story twists and turns, in very rapid succession, once the new captain is announced. It’s going to be a really funny and good episode.” 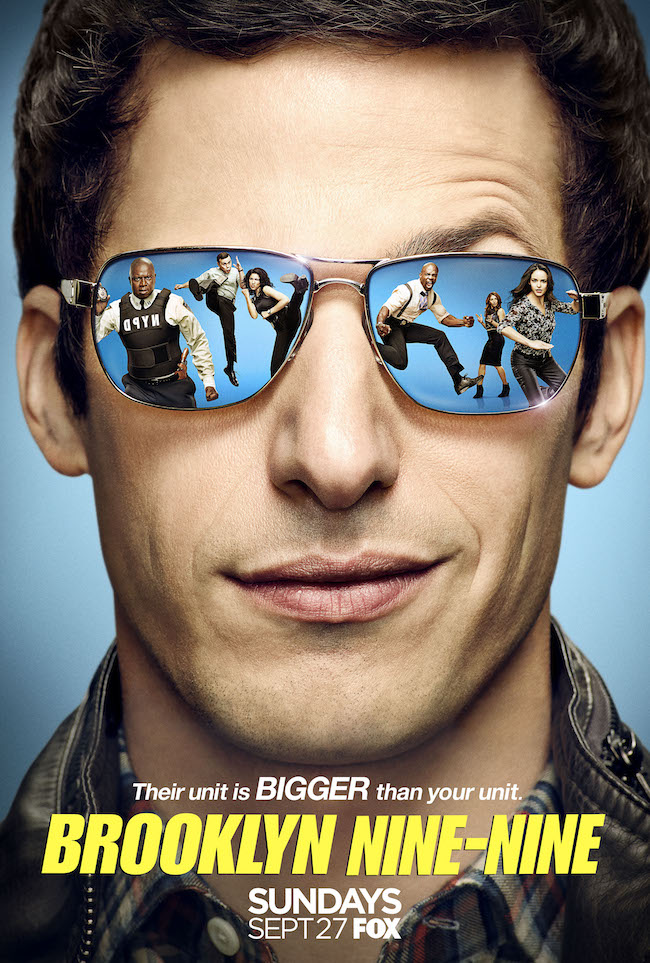