Sure, Supergirl can fly — but her real superpower is the perfect hair and makeup she maintains while doing so.

In the official poster for CBS’ fall drama, Melissa Benoist’s titular character is seen in full costume, living up to the series’ tagline: “A new hero will rise.”

During the show’s recent Comic-Con panel, executive producer Ali Adler said Supergirl’s story is one “that needed to be told. You come in and see her as female and you’ll remember her as powerful. Her gender doesn’t really matter. She’s a badass.”

Supergirl takes off on Monday, Oct. 26, at 8:30/7:30c. Scroll down to see the full poster, then drop a comment with your thoughts below. 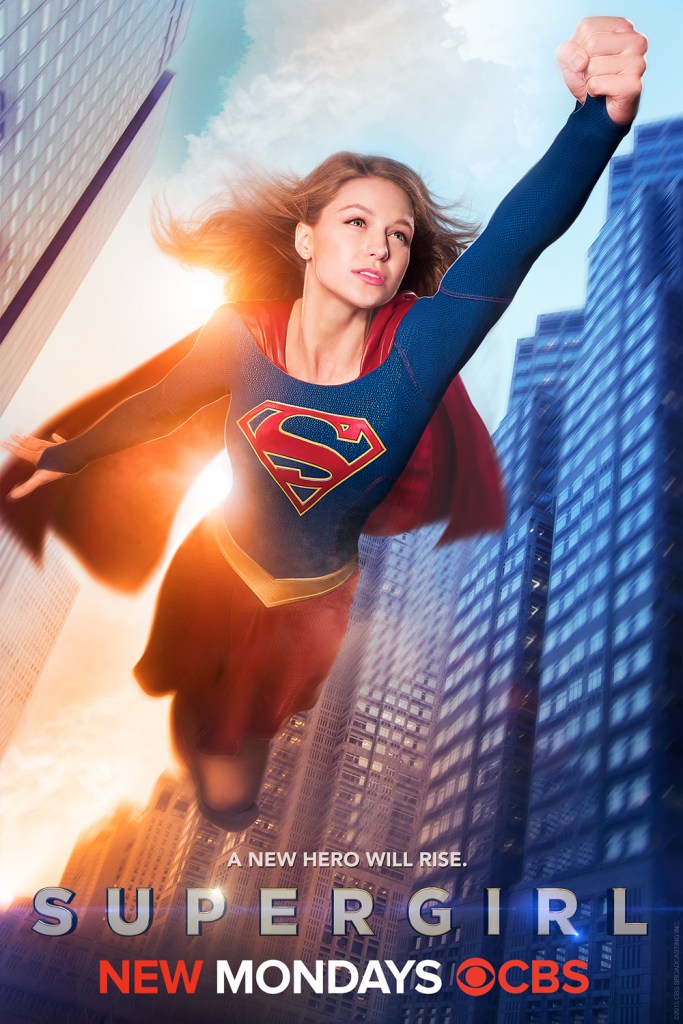