Orange Is the New Black‘s Elizabeth Rodriguez barely appears in Fear The Walking Dead‘s premiere, but have no, ahem, fear: The actress — whose haunting cast photo is exclusively embedded below — figures much more prominently in subsequent episodes.

Rodriguez’ no-B.S. alter ego, Liza Ortiz — the ex-wife of leading man Cliff Curtis’ Travis and mom to Lorenzo James Henrie’ Chris — is, per the official character description, “working to put herself through nursing school. For many years she was trapped in an unhappy marriage, but now that she’s on her own she’s finally chasing her dream. Liza is a multi-tasking whirlwind that doesn’t give herself any breaks when it comes to her future or raising her son.”  (For a glimpse of how Liza gets embroiled in the show’s A-story, check out the recently released trailer.) 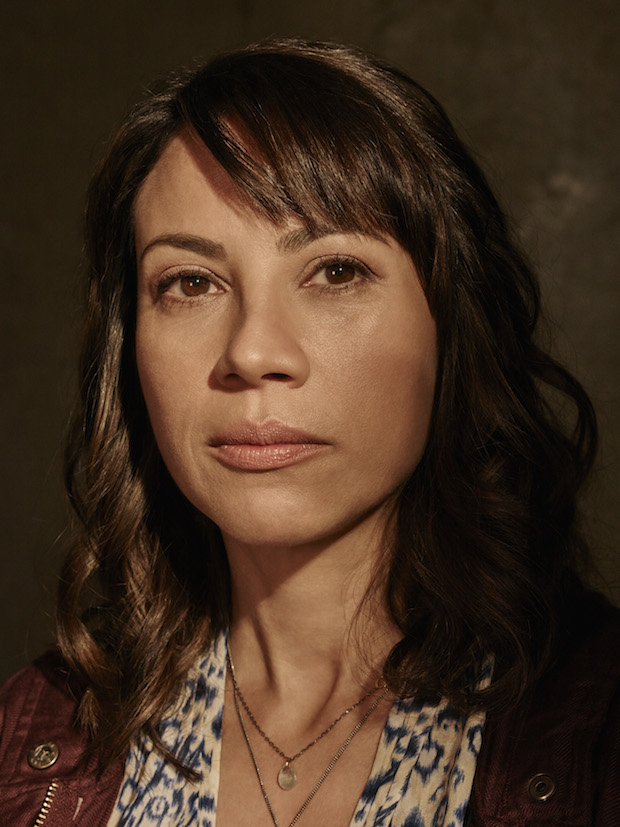