Here are some things you may have expected from Monday’s The Bachelorette: The Men Tell All special:

What you may not have expected, though, was a deeply sad, rather disturbing segment dedicated to cyberbullying — namely, the hate mail and/or death threats that Kaitlyn has received since appearing on the show (and, presumably, sleeping with Nick prior to the overnight dates).

That upsetting scene, in which Chris Harrison read NSFW tweets directed at the bachelorette herself, was just one of the more memorable moments from Monday’s tell-all, which we’ve compiled into a handy gallery.

Other moments that made the cut? Ian’s genuine (or so we think?) apologies to Kaitlyn and the other contestants, Ben Z.’s not-so-emotional interview with Chris Harrison and a zinger from Kaitlyn to Jonathan that had the studio audience reverberating with “Oh no she didn’t!” applause.

Browse the gallery below — or click here for direct access — to see the highlights from Monday’s Men Tell All special, then hit the comments with your thoughts on the episode! 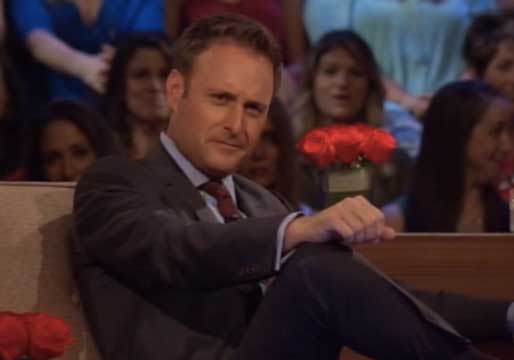